12 States Side With Mexico in Lawsuit Against U.S. Gun Makers

Home /Government, Guns/12 States Side With Mexico in Lawsuit Against U.S. Gun Makers

12 States Side With Mexico in Lawsuit Against U.S. Gun Makers 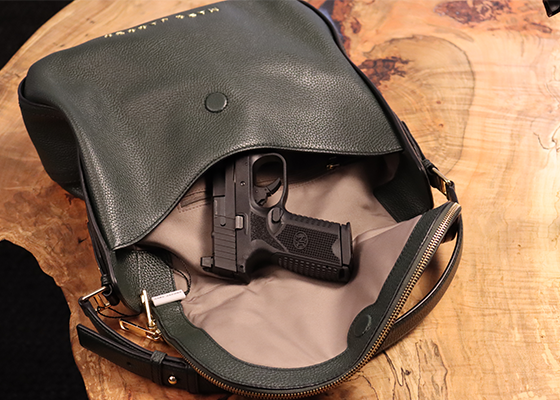 An FN 509 inside of a Marc Jacobs Purse / Photo by Chris O'Neil
| By: Jack Shepherd| Government,Guns | 19603 | 10 comments
Advertisement
Want Guns and Ammo at Your Fingertips? [CLICK HERE]

The government of Mexico is suing several firearm manufacturers in the United States for damages caused by the firearms they produced in the country. This style of lawsuit would be thrown out immediately in a US court if it was brought forward by an American, but this is an international incident and is being treated differently. Now several US based companies, lobbyists, and Attorney Generals are pledging their support to the Mexican government in the lawsuit.

Here are the Attorney Generals who are aiding the Mexican government’s assault on the firearms industry:

Reads like the usual cast of characters. Thirty eight other states not yet heard from, which might prove interesting. By the way, speaking of international responsibilities, how about the fact that Mexican criminal gangs and individuals violate the hell out of U.S. law.

How about suing the oblamo and his administration for “fast and furious”?! Hmmmm?!

Guns are harmless until someone pulls the trigger. Back in the day when Gods laws were adhered to, guns were used correctly, in self defense. Mexico allows these thugs into America. so Mexico, you deal with your own lawless gangs

sue mexico for violating our borders!

ROFLMAO……Mexico is run by the drug cartels and crime is out of control because said cartels are armed to the teeth and always have been. Give us a call when you get your criminals in line again which will be the 12th of never because their politicians are also crooks on the payroll.

Great list of 11 s–t shows and Michigan. Michigan is sliding downhill thanks to the influx of people who don’t understand or care about our country and culture.

Maybe because the % of American citizens in these states is going down due to democrat border policies. Wonder if we had to go to war if they can be drafted too??

Then this should mean we can sue Mexico for drug deaths in the US.

FJB, LGB and his commie network of thieves – the few people that support this BS in allot of the states that signed this are still in the minority – the corrupt elections have even made me doubt how many of these states would be blue if elections were on the up and up —