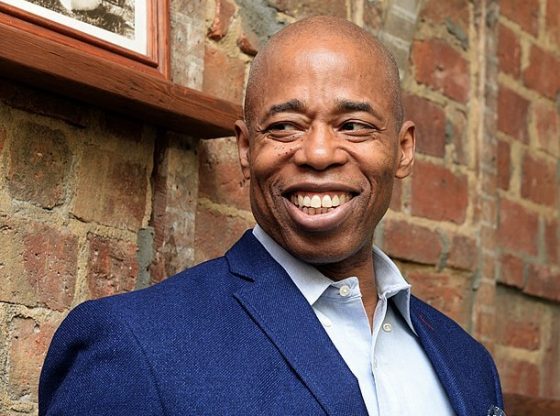 Amid a crime rate that has grown 46 percent overall and 65 percent on public transit since his January 1 inauguration, Adams complained last week that he is suffering from negative news coverage. The problem, according to Adams, is that he is being poached by the seething racism that boils among New York City’s media elite.

“I’m a black man that’s the mayor, but my story is being interpreted by people who don’t look like me,” Adams moaned at a press conference. “That’s why I am covered the way I am covered,” he added. “We really need to stop distorting the news.”

Adams then pounded this drum even harder:

How sad that Adams sees the source of NYC’s problems as its supposedly racist journalists. Most New Yorkers would have pinned Gotham’s woes mainly on its emboldened criminal class.

Adams failed to get his fellow Democrats in Albany to reform “bail reform.” What a lapse in leadership.

Adams should have organized a parade of crime victims — hundreds of them — and guided them on a solemn march to the State Capitol. Adams should have rallied the wounded and grieving from the districts of the Democrat lawmakers who stand shoulder to shoulder with thugs and killers. These people could have displayed their injuries and held aloft photos of their sons, daughters, boyfriends, girlfriends, spouses, parents, and grandparents. This would have put human faces on the grim crime statistics that are catapulting New Yorkers to Florida.

Now, that would have galvanized the city and state.

Adams himself should have made Kevin Douglas world famous. He is the vicious pig who, police say, attacked Bew Jirajariywetch on the Subway. Fortunately, Douglas did not kill the Thai fashion model, but he has been charged with assaulting and terrorizing her. Douglas has 44 prior arrests including 16 in one day! If the fact that this scum bucket was released 15 times on May 13, 2019, does not tell Albany’s soft skulls that something screams to be fixed, then nothing will reach these people.

Christina Yuna Lee fared far worse. While the 35-year-old walked to her Chinatown apartment on February 13, a young hoodlum named Assamad Nash, 25, followed her home. Police say that he lurked steps behind her as she climbed the six flights of stairs to her front door. He then pushed himself in and proceeded to stab her 40 times until dead.

Nash, naturally, has a rap sheet longer than Lady Liberty’s leg. The New York Post described Nash as “a homeless career criminal with three open cases and a record of several escapes from police custody.”

Atop 18 prior arrests in New Jersey for burglary, carjacking, and more, Nash faces 27 counts of criminal mischief tied to a January arrest. Last year, he was charged with possession of stolen property and assault, namely socking a Subway commuter in the eye on September 28 as he helped a woman swipe her MetroCard. At the time of Lee’s slaughter, Nash was on pre-trial “supervised release.” This “release” was poorly “supervised.”

Adams should be running TV and digital ads highlighting such facts, to rally New Yorkers so they pressure the boneheads in Albany to fix this bloody fiasco.

Nothing of the sort seems afoot.

Instead, Adams showed up in Albany by himself, got his head handed to him, and then blamed New York’s famously white-supremacist press corps for attacking him because he is black.

Few Americans know that the so-called Paper of Record has its own Aryan Nation chapter. It meets on 8th Avenue and West 41st Street, in the basement beside the printing presses, every other Thursday at midnight.

While this is not true, perhaps Eric Adams believes such nonsense.

This may prove to be true.

Most New Yorkers still have high hopes for Adams. Unlike two-term former Mayor Bill de Bolshevik, Adams is not an actual Leninist. So, he has that going for him. Also, what do New Yorkers have left but hope?

Alas, after seven weeks in office, Adams is not gaining the traction that so many New Yorkers expected. While he shakes his fist at alleged racist bogeymen with press credentials, the criminals have the upper hand. While Adams lectures New Yorkers on the importance of veganism, the streets remain filthier than ever. As Adams endorsed an odious new law giving foreign citizens the right to vote in local elections, law and order seem like distant memories.