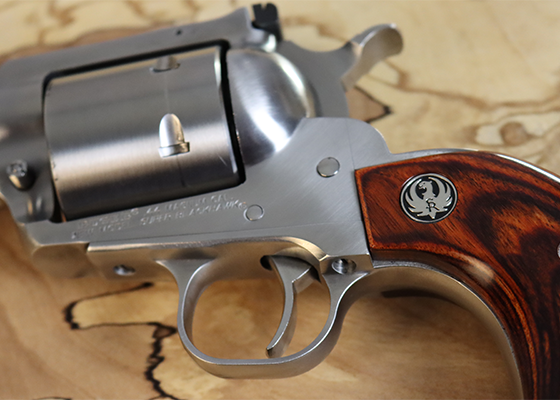 This story is breaking and will be updated as more information becomes available.

The news comes after a Manhattan judge indicated last Friday he would not side with the NRA’s countersuit against James.

The NRA filed counterclaims alleging that even while James was on the campaign trail, she made comments about going after the group, showing that she had “predetermined” to sue it simply because she disagreed with its political stances.

During a video hearing Friday, Manhattan Supreme Court Justice Joel Cohen said, “The attorney general’s job is to decide what cases to bring and try to persuade a jury or a court.”

He added to the NRA’s lawyers, “The claims you’re bringing here really do ask me to cross over and meddle with and look into the mind of law enforcement.”

The judge said he can’t “undo [James’] prosecutorial decisions” and noted that it’s normal for those in public office to lay out their agendas when they run.

The New York AG may be unable to dissolve the NRA but she is still free to pursue cases against the organization and several of its members.

She is also VERY racist anti-White!

Yes, in general she’s a HUGE POS that needs putting in her place. This is a wonderful decision for America!

No Experience Needed, No Boss Over il Your FD Shoulder… Say Goodbye To Your Old Job! Limited Number Of Spots
Open……. 𝐰𝐰𝐰.𝐰𝐨𝐫𝐤𝐬𝐟𝐮𝐥.𝐜𝐨𝐦

Not wonderful, but correct. It should never have had to have been made. Wonerful would be if Litia was jailed for even suggesting she had such a right.

No Experience Needed, No Boss Over il Your FD Shoulder… Say Goodbye To Your Old Job! Limited Number Of Spots
Open……. P­r­o­f­i­t­l­o­f­t­.­g­a

Just another socialist communist democrat district attorney owned by Soros attempting to rid this nation of an old American company and institute.

That’s a good start. I know a few New Yorkers that are totally pro gun. Look what happened to Australians when they gave up their guns. With the draconian rules for Covid, they were left helpless. If joe and his bandwagon of idiots have their way, we’ll be there soon.

The NRA is an organization that supports Our Constitutional Second Amendment Right to Bear Arms!!!! Furthermore, They promote Proper Training and Guidance related to the use of Fire Arms!!!! They have been doing so since 1871, so they know Our rights, unlike the Present Day Politician and/or Judiciary!!!!!!! Their entire philosophy is based upon the Legal and Rightful Use of Fire Arms for Hunting!!!!

Our firearms are not for hunting, even though that is a fine way to use them. They are for protection against criminals, both private and mostly political.

Didn’t she also say that she was going after Trump while campaigning ?

Yep And she is not stopping. I’m sick of her myself. I wish someone would put her in her place.

She’s just another member of the criminal class!!

Just another Gestapo member trying to put citizens where they can’t defend themselves like Australia and New Zealand when the commies start pushing their totalitarian agenda like the many communist countries have. She needs to be behind bars herself.

James is a horrible vindictive person How do these people qualify to hold positions of Authority? between Soros and the “community organizer” they did a good job in Education, law, and other departments to MUCK UP! Only thing Obummer organized was chaos