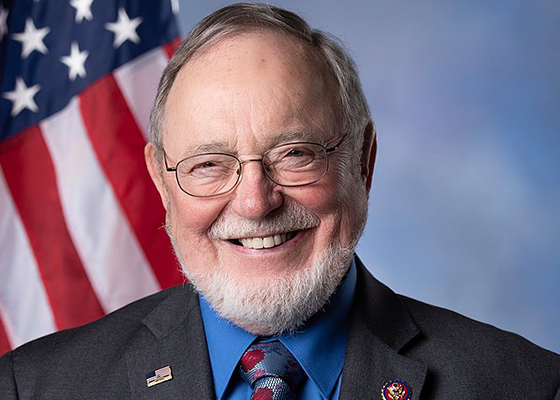 On Friday, it was reported that the Dean of the House of Representatives, Congressman Don Young (R-AK) passed away.

Young, a Republican who has served in Congress since 1973 and is the longest-serving member of the House, died due to unknown causes, according to Anchorage Daily News.

Young was currently serving out his 25th term and was running for a 26th.

Young was 88-years-old and leaves behind two children.

“It’s with heavy hearts and deep sadness that we announce Congressman Don Young (R-AK), the Dean of the House and revered champion for Alaska, passed away today while traveling home to Alaska to be with the state and people that he loved. His beloved wife Anne was by his side.

A fierce defender of Alaska since elected to Congress in 1973, nearly everything that has advanced for Alaska is a result of Don Young’s tenacious work. From the Trans-Alaska pipeline, to the Ketchikan Shipyard, to the Magnuson Stevens Act, which transformed the American fishing industry, to the numerous land exchanges he fought for, Don Young’s legacy cannot be overstated. “Every day, I try to do something for somebody and some group,” Congressman Young once said.

“And every day I try to learn something new. We all go into the ground the same way. The only thing we leave behind are our accomplishments.” Don Young’s legacy as a fighter for the state will live on, as will his fundamental goodness and his honor. We will miss him dearly. His family, his staff, and his many friends ask Alaskans for their prayers during this difficult time. In the coming days, we will be sharing more details about plans for a celebration of his life and his legacy.”

Rep. Young’s GOP colleagues, as well as officials from Alaska, have already begun mourning his passing:

Don Young’s unwavering support & mentorship guided me & hundreds of Members of Congress throughout his 49 years of service in the House. pic.twitter.com/0Eym2lSwpW

We lost a true champion for Alaska today. Thank you for all you done for us. #DonYoung pic.twitter.com/bv7uJSCgfY

Rep. Don Young was our friend. A true friend of Puerto Rico. He wanted Puerto Rico to become a State and he worked hard for it to happen. We will miss him a lot.

Same question as always if late that comes to mind immediately, was it the jabs? Yes of course it was if they dot admit the cause due to ir was the Jabz. Because at 88, they could just say natural causes, case closed