WHITE SULPHUR SPRINGS, West Virginia — Where is media bias when we need it?

In the 1980s, when the phrase “media bias” grew popular, conservatives complained that such liberals as ABC’s Sam Donaldson would report on a Reagan Administration reform and then find a sweet old lady to cry about it on camera. She would weep that if Reagan got his way, she and her pet feline would wrestle nightly for first dibs to the Purina Cat Chow.

While the liberal media twisted stories their way, at least they told audiences the underlying news. Journalists informed Americans first and spun them second.

Oh, how far from that low standard we have tumbled.

But this was a nullity at the networks. As of Tuesday, the watchdogs at Newsbusters report, here is how long they covered two facts:

First, that abandoned laptop belongs to the son of the President of the United States.

Second, that laptop chronicles a parade of personal failings and a panoply of public scandals through which Hunter gathered — by author and investigative journalist Peter Schweizer’s estimate — $40 million from sketchy Chinese, Russian, and Ukrainian interests.

Six days after this revelation, these five major networks had contemplated the First Son’s suspected graft for a combined two seconds. This is one-fifteenth the length of a typical shampoo commercial.

Even worse, when today’s media are not busy ​concealing stories like ​Mafiosi ​burying corpses, they completely fabricate others. Based on no evidence whatsoever, they scream total lies at ear-piercing volume:

–“DonaldTrump booted MLK’s bust from the Oval Office!” Those Inauguration Day reports were fake. A screen obscured Dr. King’s bust during a photo shoot. President Trump did not move it.

–“Russia, Russia, Russia!” Four different probes totally exonerated Trump of colluding with the Kremlin to sway the 2016 election. This included former FBI chief Robert Mueller’s $35 million inquiry, which found no wrongdoing by Trump or any other American.

–“DonaldTrump is an anti-Semite!” This reprehensible male-bovine waste deliberately ignored the fact that Trump’s daughter Ivanka, son-in-law Jared, and their children are all Orthodox Jews.

Moreover, Trump moved the US Embassy to Jerusalem, brokered four peace deals between Israel and its Muslim neighbors, and hosted multiple Hanukkah celebrations at the White House.

What a Jew hater!

In fact, ​Omaha Nation member Nathan Phillips approached Sandmann at the Lincoln Memorial and banged a drum in his face as Sandmann stood stoically and smiled blandly.

–“Kyle Rittenhouse snuck a rifle across state lines and shot three men in a white-nationalist rage!”

In fact, Rittenhouse’s gun already was in Kenosha, Wisconsin. More important, he told Tucker Carlson: “I support the BLM movement.” There is absolutely no indication anywhere that Rittenhouse considers whites superior to anyone.

–“Florida’s new ‘Don’t Say Gay’ bill is the beginning of the end for gay people!”

In fact, Bill 1557 does not say “gay.” What this legislation does say is that “classroom instruction… on sexual orientation or gender identity may not occur in kindergarten through grade 3…”

Leftists who clamor to chat up 5- through 8-year-olds about gender and sexuality — homo-, hetero-, or otherwise — should be honest enough to say so explicitly. And then they should be placed under 24-hour surveillance.

Reaganites berated media bias a generation ago. But when it comes to news, those were the good old days. 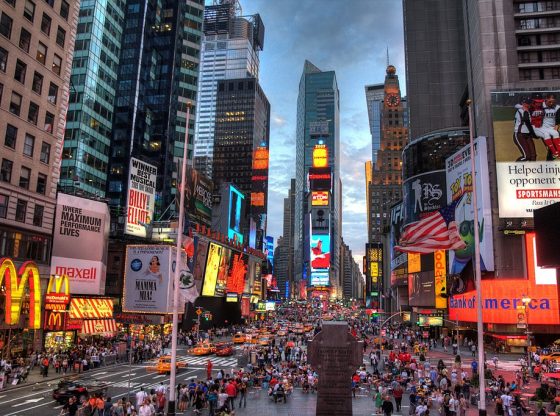 Life has been so good not watching any news reports.

One of your best OpEds yet, Deroy! My dad was a West Coast newspaper reporter during the 50s, 60s and 70s — writers back then wouldn’t even think of skewing the news, let alone screw with it the way they do today!

Just close down media. You dont need it. Investigative journalism must be straightforward and honest Otherwise buzzzz off