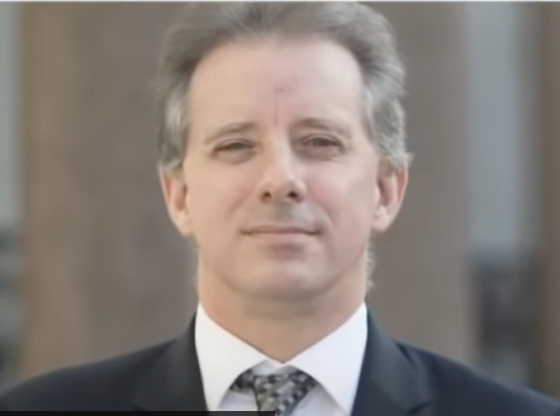 Christopher Steele, the ex-British spy who compiled the now-debunked dossier aimed at painting a connection between Donald Trump and Russia says he has been “vindicated.”

This week the Federal Elections Commission(FEC) fined Hillary Clinton and the Democrat National Committee (DNC) for violating campaign finance laws in 2016 related to paying Steele for the dossier. However, the elections agency dismissed charges against the former spy which has led him to peddle the claim that his name has been cleared.

The Coolidge Reagan Foundation, the watchdog group that filed the FEC complaint, said that despite Steele not being fined by the agency does not mean he’s been vindicated in the matter. Coolidge Reagan Foundation president, Dan Backer, attributed the FEC’s known dysfunction as the real reason Steele didn’t meet the same fate as Clinton and the DNC.

“Steele’s likely criminal conduct is probably too complex, especially with the statute of limitations about to expire, for an agency that couldn’t manage to function for two years,” Mr. Backer said. “Getting away with it is not the same as being vindicated though.”

In the FEC complaint, the foundation described the dossier as “compiled from lies, innuendo and fabrication from … current and former agents of the Russian government,” to undermine Mr. Trump’s candidacy.

In addition to dismissing the charges against Mr. Steele, the FEC dismissed charges against the law firm Perkins Coie, which was working with the DNC and Mrs. Clinton to develop opposition research targeting Mr. Trump, and Fusion GPS, the company that commissioned Mr. Steele to conduct research on Mr. Trump.

The foundation’s complaint said that Steele released the dossier to the American media and the FBI, “in an attempt to swing the election in Clinton’s favor.”

If you mean the fine against the Clinton campaign, an earlier story said it was $100,000. (Chump change to the Clintons!)

SO Teflon Clinton gets off again!!! No charges!! If it were a Republican they would
be going to jail!!!What a scam! Thats whats wrong with politics no real consequences
for the left!!! All Demo’s must go!!!…..flush!!!!

WAS THIS ARTICLE CONFUSING TO ANYONE ELSE.

They all should be in prison.

Minimal fines, slap on the wrist and off they go to start more collusions and obstruction of justice they all know that the dems have placed themselves above the law