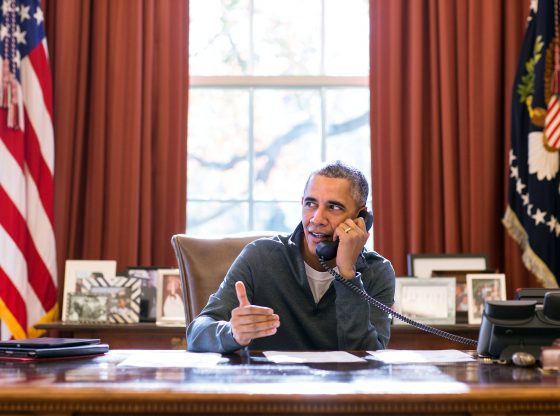 According to the Justice Department, TracFone Wireless Inc., a telecommunications carrier based in Miami, Florida, has been accused of violating the False Claims Act by signing up ineligible customers as part of its contract with the Federal Communications Commission’s (FCC) Lifeline Program.

The company was supposed to distribute “Obamaphones” to low-income individuals but now must pay $13.4 million after signing up more than 175,000 ineligible customers.

“Lifeline, created by Congress in the Telecommunications Act of 1996, provides nearly $2 billion each year to assist low-income consumers with their telecommunications needs. In many cases, this consists of a free cell phone (provided by the carrier) and free monthly cell phone service (provided by the government). In order to qualify for Lifeline, a consumer’s income must be at or below 135% of the Federal Poverty Guidelines or the consumer must receive benefits from certain specified federal assistance programs,” the DOJ explained.

But between 2012 and 2015, the DOJ alleged, TracFone signed up more than 175,000 customers who didn’t meet the program’s requirements. According to the DOJ, the company hired third-party sales agents to enroll the ineligible customers. These third-party sales agents soon found a glitch in company software that allowed them to sign up ineligible customers, which they exploited to increase their enrollment numbers, which led to more commission payments, the DOJ alleges.

“The government alleged that TracFone failed to adequately review the applications and did not properly investigate reports of clearly ineligible subscribers enrolled in the program that would have revealed the glitch. After TracFone eventually discovered the software glitch in August 2015, it repaid more than $10.9 million to Lifeline, an amount that was credited as part of the $13.4 million settlement,” the DOJ reported.

“Lifeline providers have a duty to ensure that only eligible subscribers are enrolled in the Lifeline Program,” Deputy Assistant Attorney General Michael D. Granston of the Civil Division’s Commercial Litigation Branch said in a statement. “Today’s settlement demonstrates our commitment to ensure that those participating in government funded programs exercise appropriate vigilance to prevent the misuse of taxpayer dollars.”

The company has also agreed to enter a corporate compliance program with the FCC.

People should know by now that anything that has mr Obama’s name attached to it is going to have an illegal and/or devious element somewhere along the line. And the same with the White House squatter and his puppeteers! Whatever gets them votes from those who have no interest in working and paying their own way!!! Poor excuses for human beings — each and every one of them. 🙁

Hmmmm? who was in charge during those years??? Oh yeah, Odumbo and the Dems.

they should not pay anything, the phones were sold from those who got them to get extra cash. the low income people that this was meant for have better phones than i do.

Ah- haw -haw – haw – haw. Now get the infrastructure and the Medicare money back.

Government is the epitome of Karl Marx’s quote, “The road to hell is paved with good intentions.” We can edit it with “and government money.

It was a democrat giveaway program. Of course they’re going to cheat. All dems are liars and cheats.

Is this the same Company receiving $$$$ Billions to give the Catch & Release Illegals a free phone too!