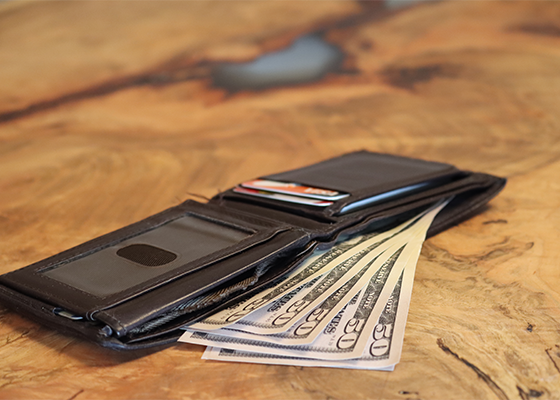 According to the Justice Department, a former congressional staffer to Democrat Rep. Brad Schneider allocated public funds to increase his salary and award himself bonuses. The aide reportedly awarded himself more than $80,000.

Sterling Carter, who worked for Rep. Brad Schneider, an Illinois Democrat, pleaded guilty Thursday to the theft of public funds after tampering with office communications and budget spreadsheets to pay himself more than he was owed for more than a year.

In his position as director of operations, Carter was responsible for managing the office budget and processing payroll for all employees — evading detection from Schneider and the chief of staff by authorizing his own salary increase and inputting false data that showed he was only being paid his original salary, the Justice Department said.

After continuing this ruse from November 2019 to January 2021, Carter received $79,491.67 in unauthorized payments pulled from public funds the office received, according to court documents.

Carter faced up to 10 years in prison for his crimes.

Once again is proven that crooks come in all groups, genders and race.

The biden’s modern day traitors, sucking up any thing they can get their greedy paws on, at any cost, not an ounce of loyalty for America, coming from the whole fxxxin family. Greed, corruption, and this family is in our White House.When will the impeachment hearings begin? time for return of ill gotten, time to pay the piper, meaning the U.S. Where is the money?, who got what ?, was all this reported to the IRS? What are the government departments doing about the corruption? Where is the DOJ, CIA, IRS, SS, have they all been corrupted by an old man? who sold his country down the drain? 2022 the worm will turn big time and those who committed crimes and lied to congress will held to the oath of office they took but did not honor.More than 150 transactions involving either President Biden’s brother James Biden or son Hunter Biden’s global business affairs have been flagged for further review by U.S. banks. Some of the transactions were flagged because large wire transfers were involved. CBS News senior investigative correspondent Catherine Herridge joined “CBS News Mornings” to discuss.

DickHurtsha
Reply to  charles A wilkins

Love it agree with everything you said , except the Republicans when they get control won’t do shit to these corrupt assholes.. Just like when Trump won we had house and Senate and not one thing done. Couldn’t even repeal Obummer Care. What a joke.

What was he thinking? And they supposedly hire the best and brightest!

Yep, the best and brightest criminals!

Garland and the Department of obstruction of Justice will go after this small-time crook, and ignore AOC, Shrillary, and Crack-head Biden.

If he’s doing it.. rest assured.. other staffers are doing it as well.. use him an others as examples.. give them 20 years in prison and then make room for the other self-important staff political elitists..

DemonRATS the party of violence, corruptions, crimes.!!! This nasty political party should
removed replaced the old members.!!! The party of disaster.!!!

You learn to do that kind of stuff when you’re from Illinois. It’s a democrat trick they all play. Keep voting democrat Illinois, you’ve be getting had for years upon years.

Obviously an attempt by the commiecrats to prove their honest by sacrificing a minion. It doesn’t fly crooks.