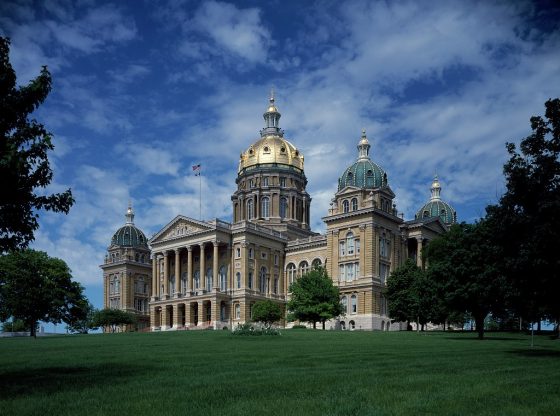 An Iowa Democrat Senate candidate will be kept from appearing on the June primary ballot after Judge Scott Beattie ruled some of the signatures procured by Abby Finkenauer’s campaign were not properly dated, rendering them invalid.

Finkenauer indicated she plans to appeal the ruling.

“This misguided, midnight ruling is an outrageous and partisan gift to the Washington Republicans who orchestrated this meritless legal action,” Finkenauer said in a statement obtained by the Washington Examiner. “We are exploring all of our options to fight back hard against this meritless partisan attack, and to ensure that the voices of Iowans will be heard at the ballot box.”

Finkenauer’s campaign claimed she accumulated over 5,000 signatures — 1,500 signatures more than what was required for the nominating petitions to appear on the ballot. Prospective candidates are required to submit at least 3,500 signatures, but they have to hit 100 in 19 Iowa counties.

A state panel previously dismissed the challenge last month, determining the date when the signatures were given was clear due to the surrounding signatures and cited past precedent in its rationale, the Des Moines Register reported. Beattie countered that the law was clear that signatures need a “date indicating when it was signed” and “does not say that the date may be inferred or extrapolated from the context.”

“This Court’s job is to sit as a referee and apply the law without passion or prejudice. It is required to rule without consideration of the politics of the day. Here the Court has attempted to fulfill that role,” Judge Beattie said.

There isn’t a wide window of time to file an appeal with the secretary of state’s office insisting it needs a decision to be made by April 15 in order to finalize ballots.