Home /Media, NEWS/Fox News’ Gutfeld Names the One Thing He Would Go to ‘War’ For 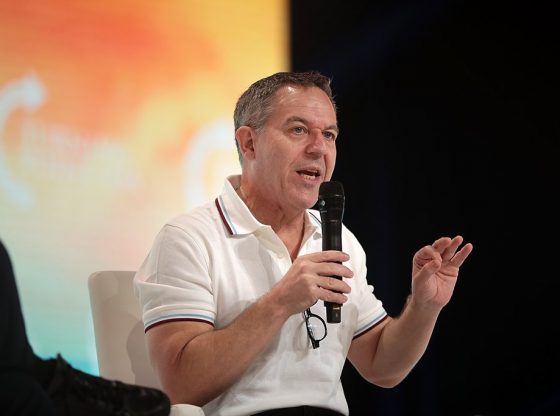 Fox News host Greg Gutfeld made it clear in no uncertain terms that he does not support canceling student loan debt.

Gutfeld and former Congressman Sean Duffy began the conversation with some data about college graduates.

“While Democrats push to cancel student debt, no parents are debating if college is worth the cost,” Duffy began. “More than half of graduates over the age of 25 don’t actually work in the field of study they got a degree in. And while people play buckets of money for the campus experience they’re getting nearly nothing in return. And the report says 25 percent of grads earn less than $30,000 a year. So Greg, is college worth it?”

“It doesn’t matter if it’s worth it if it’s required in life,” Gutfeld replied. “I mean, a college degree is not meant to give you any knowledge. It’s so — It’s a signal that gets you into the club, it’s a six-figure cover charge to get you into the bar of life.”

“There’s ways to gain experience in life, so you don’t end up six, seven figures in debt,” Gutfeld added. “And by the way, nobody’s paying for it. You’re paying for it. That’s something I would go to war for. Cancel debt? No, no, no, no, no. And everybody who paid their debts would be on my side.”

Gutfeld went on to bring up other debt cancellation options that could help more Americans or alternatives to saddling taxpayers with the responsibility.

“Why don’t we do car loan debt?…that’s more for the working class than for these overeducated, overcaffeinated idiots,” he added, going on to note that if the debt cancellation was being underwritten by the colleges themselves or even the banks, he might support it.

“But you put that on taxpayers, I will join the Army because you ain’t making me pay for your stupid [debt],” he concluded.

Why not cancel the debt of a non-college grad who buys a $500,000 18 wheeler and goes into business? No one drew and quartered these little snowflakes to go to college and get a degree at Jerkoff U.

If you want to go to college, fine, but then expect to pay for it. The taxpayers should not be paying for their decision. No one makes you go to college. My husband went to college and worked at a brick yard in the summers to pay for it. It was hard work but he did it! He made use of his education!

If you start paying for all these student loans, it will lead to other things. Where will it end? I agree
with Mr. Gutfeld why not pay for our car insurance or other things for the regular hard working person. It will be a huge problem if they do this. These young men and women must learn responsibility! Donna

Just another way for socialist demorats to buy votes. Just like the “border”. Lib motto: we can’t win so cheat.