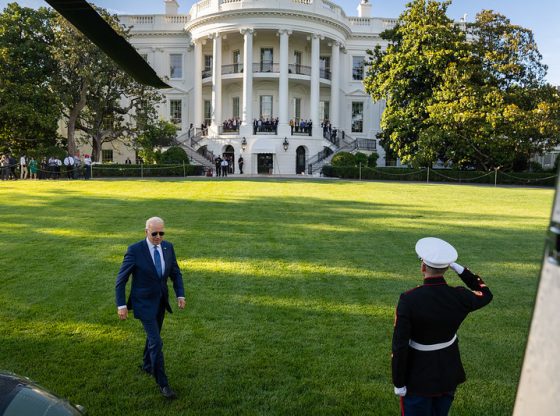 Another White House employee is calling it quits. Pili Tobar, the deputy White House communications director, is departing for a new job in the private sector.

Tobar focused on health care, education, immigration, climate and LGBTQI+ issues for the communications team. She previously served as director of communications for coalitions on the Biden campaign in 2020, doing outreach to Hispanic media, African American media, women’s media and other groups.

“It has been the privilege of a lifetime to work for President Biden and Vice President Harris in the White House and on the campaign,” Tobar said in a statement. “I am grateful for the opportunity I’ve had to serve with some of the brightest, most talented, and hardworking people I’ve ever met, and it has been an honor to work alongside them to advance an agenda that will make life better for working families and Americans across the country.”

White House communications director Kate Bedingfield praised Tobar for being a mentor and collaborator with other staffers on the campaign and in the administration.

“She has made a lasting impact on our work as a communications team, and we wish her all the best in her next endeavor,” Bedingfield said in a statement.

Tobar’s resignation follows a flurry of other departures. Vice President Kamala Harris has had multiple employees leave her office after reports of a toxic workplace environment.

What is she smoking ?

Moreover, what is the author smoking?

How could anyone work for the White House Bid en team? No wonder so many are bailing out.

Quite quickly too….faster than any adm under any prez so far!!!!!

Some are waking up because they don’t want to deal with this disaster. At the very least, its embarrassing and extremely cringe to watch.

With such glowing tributes, one has to wonder just why she did leave.

What she said is that the agenda of the left is to make government part of every thing you do!
What we need is for government to get the hell out of the way and let America thrive!

Note that this site holds up your comments to be reviewed by a “moderator”. Can we all say CENSORSHIP!!!!

It’s good to hear when those who resign. It most likely is that they’ve begin to see they’re in a cesspool of lies and fraud.

I hope Pili Tobar doesn’t skip town, and why leave when (everything is going so well…
(so they say)…. hopefully all documentation
related to her work doesn’t get misplaced,
or suddenly, accidentally disappears.

Guess she just couldn’t continue to lie for a living.