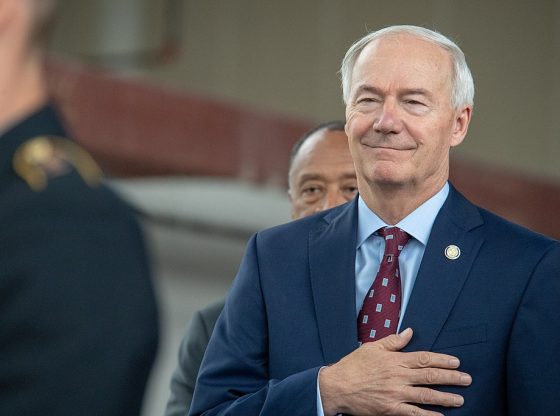 The 2024 election is still years away but that hasn’t stopped some Republicans from carefully dropping hints about their presidential aspirations. Donald Trump has made it clear he’s considering a third presidential campaign and while many fellow conservatives are anxiously waiting to see if he follows through on his plans before mounting their own campaigns some aren’t so intimidated by Trump.

Arkansas Governor Asa Hutchinson said on Sunday that he’s considering running for president despite the considerable ground he would have to make up with voters.

“You’ve got to get through, of course, this year. But that’s an option that’s on the table,” Hutchinson told CNN’s Dana Bash on State of the Union on Sunday. “I’ve made it clear: I think we ought to have a different direction in the future.”

Hutchinson pointed back to the Republican Party’s conservative roots, saying he doesn’t think the government should be “punitive against private businesses because we disagree with them.”

“To me, that’s the old Republican principle of having restrained government,” he said. “Let’s do the right thing — it’s a fair debate about these special tax privileges — but let’s not go after businesses and punish them because we disagree with what they said.”

Hutchinson invoked the idea that conservatives need to “restrain ourselves” last year when he defended vetoing a bill that would ban medical sex transitions for children. And after signing a bill that mandated masks in his state, Hutchinson said in August, “I wish that had not become law.”

If Hutchison decides to run, he has ground to make up, both in terms of appeasing voters who disapprove of his recent party-line bucking and in name recognition.

Ass a Hutchinson is a delusional A**!

I would not EVER vote for him or his “restrained” way of thinking! We don’t need that anymore, we need people who are willing to FIGHT for the people and what we need and want. Not be a wimp and say, “Oh we can’t be punitive!” YES WE CAN and SHOULD! What does he think the Democrats are doing to US??? NOPE, he is a bad choice!

Hrs a rino he don’t stand a chance. Millions now are awake and want a new clean government from top to bottom

I have to laugh at the wannabe Trumpers.
Like comparing wool to polyester.
Trump.is and always was The Real Thing.

He can forget it as another worthless RINO.

Hutchinson sounds just like a Rhino ! DeSantis didn’t just disagree with what Disney said – it’s what they did to hide child trafficking! For lands sake, Hutchinson know what your talking about b4 putting yourself out there thinking you’re intelligent enough to lead the nation!

Can anyone be as stupid as this no name clown?