“It is substantially likely that social-media companies — even the biggest ones — are ‘private actors’ whose rights the First Amendment protects,” the 11th Circuit wrote in its decision.

The Florida law had been paused in court after opposition from a group of tech industry, civil society, and libertarian organizations, which argued that it harms consumers by stopping online providers from creating healthy online communities, restricts Floridians’ expression, and puts domestic violence and cyberstalking victims at risk of serious harm.

The law was originally intended to make it illegal to ban state political candidates from Facebook and Twitter, and it would impose penalties of $250,000 a day on social media companies for any statewide candidate removed from a platform. De-platforming more local candidates would incur a fee of $25,000 a day.

The law also forced social media giants to give users seven days’ notice before they are likely to be banned in order to give them a chance to change their behavior and resolve the problem on the platform.

The Texas law is currently being considered by the Supreme Court and is largely seen as guide for the future of content moderation on social media.

Shut the social media down!

“stopping online providers from creating healthy online communities”,…. yeah yeah right, if one side of a community has one Opine,…. and the other side has another Opine,…. then that is healthy discussion,…. to squelch one side simply because YOU, do not agree with their comment or Opine, well that is the DemonRAT way, it is NOT healthy nor just,…. and Is the way of ADOLF, VLAD, XI, or Slojo

This is insane to have the BIG TECH stop me from posting what actually happened to my Navy daughter after being required to take the 2 shots, who is in a wheelchair at 20 years and has had the Wuhan disease 3 times after receiving both shots, then contrast that to me that had Wuhan 1 time, I was very sick for 3 weeks, my doctor would not write a script for HCQ, hydroxychloroquine, I had to get it from friends out of USA, I was well 3 days later! I was blocked by the CCP AI of Facebook & Twitter for telling the truth. The Bar Associations & Law schools are brainwashing the NWO stooges to enslave us to the Elitist of the Deep State! 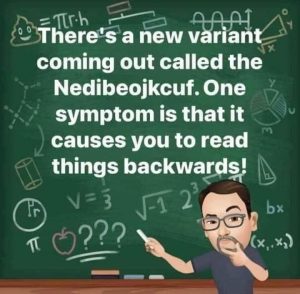 Why should DeSantis Pay any attention to them- Dem’s don’t give a rats ass about the Law – Federal or State. I say [email protected]@k the Treasonous Commie Dems