Nobody loves their political theater quite like Beto O’Rourke.

The Texas gubernatorial candidate, who this week thrust himself into the spotlight by interrupting a press conference on the Ulvadle massacre, quietly shifted his stance on AR-15s once again. This isn’t the first time the Texas Democrat has conveniently changed his opinion on the gun in hopes it will help his political ambitions.

The Internet Archives’ Wayback Machine shows that as recently as April 1, the “Gun safety” page included a section that said: “And while it might not be the easy or politically safe thing to say, I strongly believe that we need to reduce the number of AR-15’s and AK-47’s on our streets.”

Sometime since April 1 (the most recent date archived), the campaign edited the section to say: “And while it might not be the easy or politically safe thing to say, I don’t believe any civilian should own an AR-15 or AK-47.”

When running for president in 2019, O’Rourke expressed support banning the sale of AR-15s and seizing the guns from current owners, saying: “Hell yes, we are going to take your AR-15.” O’Rourke stood by that position as recently as November 2021.

However, O’Rourke’s flip-flopping goes back even further to his 2018 campaign against Republican Sen. Ted Cruz.

“We support the Second Amendment, if you own a gun keep that gun,” O’Rourke said in 2018. “No one wants to take it away from you, at least I don’t.”

O’Rourke’s timing to change his stance on the popular assault rifle couldn’t more convenient. In what can only be assumed as political posturing the Democrat candidate is also planning to protest outside the National Rifle Association’s (NRA) convention in Houston on Friday.

“This massacre and the too many others before it are totally predictable, direct consequences of the choices made by Greg Abbott and the majority of those in the Texas legislature,” a page for the event said. “There will be more Uvaldes, El Pasos, Sutherland Springs, and Santa Fes until we decide to put the lives of our kids ahead of the political careers of gun lobby politicians like Greg Abbott.”

Texas Gov. Greg Abbott, against whom O’Rourke is running, canceled his in-person attendance at the convention and will instead be in Uvalde on Friday. He made pre-taped remarks to be shown at the convention.

“Action is the antidote to despair,” O’Rourke tweeted while inviting people to the demonstration that says it seeks to hold the “NRA and the politicians they purchase accountable.”

Democrats wanted goofy for president.
Unfortunately goofy is under contract from Disney.

What? The Democrats ARE the AR-15’s. Beto does not look well at all. Resembles someone that has aids. Then again, he might just be rabid. You decide. Democrats are trying to be the death of all of us. I do know through universal frequencies that they are going down and BIG TIME. If I had the money, I would hire special attorneys to sue and arrest all of the criminals in Congress and Senate and put an end to unjustified misery. Let them rot in prison fighting for THEIR lives like they do to us. Just remember the Conservatives that were at J6 and are rotting in filthy prisons. They think they are special. They are not. They work for us. They are at the bottom 4 steps of a corporate ladder. I also know some things others do not, like where millions of gallons of oil are now located after being taken out of the ground in Texas. I know certain things about a new political party that wants to replace certain political parties in Congress and those are also not honest people. I know about Nancy Pelosi’s 60 + years of crime. It is disgusting and her own son’s involvement in criminal activity in the Ukraine. I also know of a video from the FBI about a man they arrested saying it was not Donald Trump that started the so called insurrection, saying it was Nancy Pelosi who called ANTIFA and BLM and told them what to do at the Capitol on J5 and J6. I am pretty sure of what happened to Mifsud and where his remains can be found. I know so much more and this has to come to an end. Let’s put the evil Democrats and Deep State in our place and treat them as they do us, unless the Source intervenes. I have had it!

So a druggie who’s father who is or was a Judge kept him out of prison for both DUI and Cocaine possession wants to take Guns lol.
All while his mother shut down her furniture sales because she was accused of laundering money for the Cartels and Weirdo O’Rourke was getting his drugs from. He’s in debt to the cartels so naturaly he doesn’t want Americans to own weapons that might put the animals in the cartels at risk of harm from law abiding citizens.

As of twenty, no TEN, no, FIVE minutes after that fake Mexican opened his mouth, (how come they don;t protest his “cultural appropriation”?) he has guaranteed he’d lose an election for municipal dog catcher.!!

oroarke , a self serving, lying, corrupt fliflopping donkey is in it for the money, he doesnt care about human lives.!

According to some sources, crisis actors were used by the Deep State to act dead in this false flag. Satanic forces are desperate to render Americans helpless. Study which Countries banned innocent law abiding citizens from owning guns! Humanity has a basic right to self defense and no Crisis actors are going to change that Only MK Ultra brainwashed liberals do these deeds Not law abiding people.

No surprise. Just lib trash being the trash they are.

The killer passed all background checks, waiting periods, and registration requirements ! PLEASE tell me and the country how to prevent this tragedy !!! Most murders (90% in Chicago) are committed with stolen or illegally obtained guns.

There is no way to prevent unstable minds from going berserk; if they can’t find a gun they’ll use a car (Kenosha), or a knife (Hollywood Bowl), or simply a push, onto subway tracks.

Hard security at all schools would be a good start.

How to tell if O’Rourke is lying: Watch his lips. 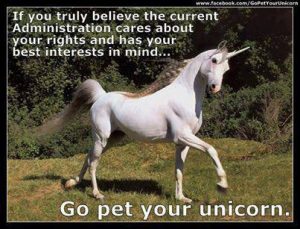 BETO IS A SCUMBAG IDIOT

Bozo is confused….about everything! He was once in a band…..on the cover of the CD he’s wearing a floral-print dress like women used to wear in the 1950’s. That’s all you need to know about Bozo….