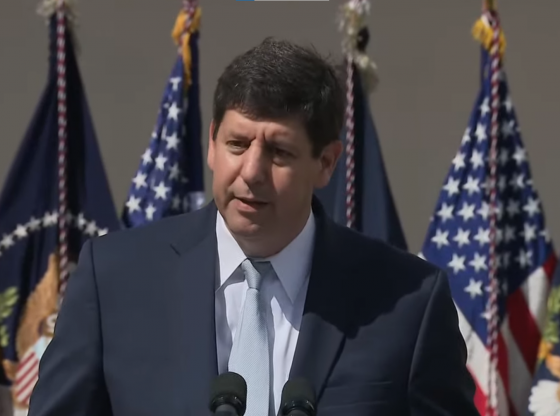 The Senate Judiciary Committee deadlocked 11 to 11 Thursday morning on a vote to advance President Biden’s nominee to head the Bureau of Alcohol, Tobacco, Firearms and Explosives, Steve Dettelbach.

The tie sets up a Senate floor vote later Thursday on a motion to discharge Dettelbach out of committee, with a final confirmation vote expected next week.

Sen. Angus King (I-Maine), another key vote, also says he will back Dettelbach.

Dettelbachs’s confirmation would be a big victory for the Biden administration after the president withdrew his first choice, David Chipman, from consideration last year.

The ATF has not had a Senate-confirmed director since 2015.

Joe thinks in his sick mind he was elected king, WTF, when the impeachment hearing start, lets see just how much the biden crime family, has to say about all their corruption. Most of his current comments now, are unAmerican in nature and against his oath of office to protect and serve he swore too, we do not have kings anointed in this country and never will ,understand that democrats.

So instead of taking more time and getting a bipartisan agreement they decide to ram it through. No wonder government is so dysfunctional.

Walmart has discontinued Trump ware and My Pillow. I hope all Trump supporters will boycott Walmart. It’s time we hit them where it hurts most, their income drop will put them out of business.