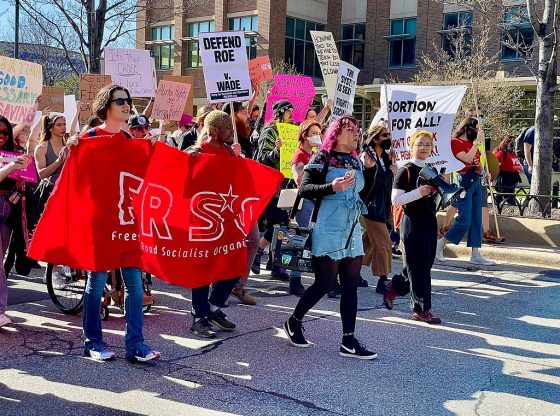 A large group of pro-abortion protestors invaded the Wisconsin capitol building on Wednesday as the GOP was set to uphold a pro-life law that will take effect if the Roe v. Wade decision is overturned.

Earlier this month, Democrat Governor Tony Evers signed an executive order calling for the special session to repeal a 173-year-old ban on abortion, however, Wisconsin Republicans staunchly opposed the order.

The people of Wisconsin support access to abortion! Our legislators need to listen and pass the Abortion Rights Preservation Act!#PinkOutTheCapitol #BansOffOurBodies pic.twitter.com/1MwxE6ThOn

“The people of Wisconsin support access to abortion! Our legislators need to listen and pass the Abortion Rights Preservation Act!” Planned Parenthood Advocates of Wisconsin tweeted Wednesday, promoting video of the protest.

The Daily Wire learned last week that the Federal Bureau of Investigation (FBI) is “investigating a series of attacks and threats targeting pregnancy resource centers and faith-based organizations across the country.”

“The FBI takes all threats seriously and we continue to work closely with our law enforcement partners and will remain vigilant to protect our communities,” the bureau told The Daily Wire. “We would like to remind members of the public that if they observe anything suspicious or have information about potential threats to report it to law enforcement immediately, call their local FBI field office, or submit a tip to tips.fbi.gov.”