These Republicans Asked Former President Trump for a Pardon

These Republicans Asked Former President Trump for a Pardon

The January 6th Commission has revealed the names of GOP Representatives who are alleged to have sought pardons from former President Donald Trump after the 2020 election.

Representative Adam Kinzinger (R-Ilinois) slammed his colleagues during the hearing where he played a clip of a White House aide testifying that 6 Republican Representatives have asked Trump for a pardon.

Here are the Republican Representatives who allegedly asked for a pardon from Donald J. Trump:

you need to get your facts straight====the picture is of former Governor Perry of Texas and not Rep Perry of Pa.

On a cold day in hell maybe.

It rather appears that someone needs to sit down with the House Aid as it appears he or she is lying their ass off for brownie points.

Kiplinger and lizard cheney are traitors helping the democ 🐀 🐁 🐭 ssss destroy America, these these fake patriots and those like should be removed from office and never permitted to do any more damage to our country, let’s hope decency and common sense prevail in our future so that the democ 🐀 party will be minimized to a size so that they cannot do any more evil!

I think you meant “[Adam] Kinzinger,” not Kiplinger.

We need a law providing that those who knowingly make false accusations against another person potentially resulting in criminal charges should suffer the penalty they sought for the person they accused. This should be mirrored in the rules of the House and Senate, with members who bring false charges being made subject to commensurate penalties. This will discourage the political weaponization of Congressional investigations and prosecutions. (This is not a new idea, see Deuteronomy 19:15-21)

If you agree, please ask your members of Congress or candidates to introduce or support relevant legislation. 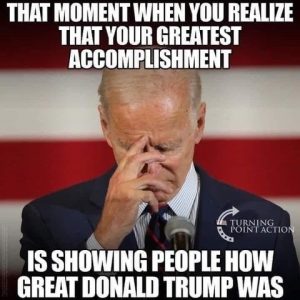