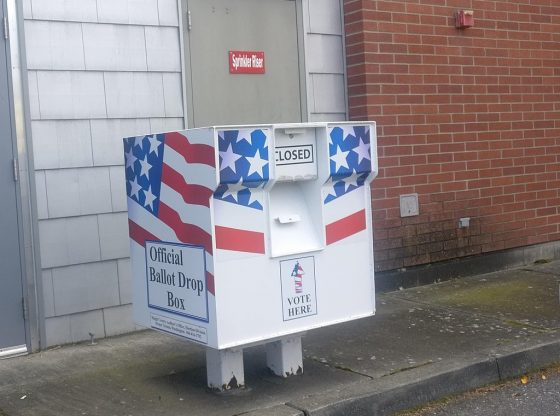 The Massachusetts Supreme Court has rejected an effort from state Republican lawmakers to restrict mail-in voting measures. The move effectively allows every voter to submit mail-in ballots in the September primary without requiring an excuse.

The court rejected the GOP lawmakers’ arguments, ruling that the party failed “to articulate a single plausible claim that anything in the VOTES Act poses a threat to secure voting” and that its efforts to restrict mail-in voting amounted to nothing more than “scaremongering,” according to the 87-page decision. Republicans had tried to overturn the VOTES Act, which made mail-in voting permanent in the state, arguing it made elections susceptible to fraud.

“Today’s decision by the Massachusetts Supreme Judicial Court means that voters will be able to rely on the provisions of the VOTES Act in the upcoming elections. This is a big win for voting rights in Massachusetts,” Geoff Foster, executive director of Common Cause Massachusetts, said.

The VOTES Act, signed by Gov. Charlie Baker in June, also expands early voting options for both the primary and general elections, ratifying election changes made in 2020 amid the COVID-19 pandemic that saw record voter turnout. After being signed into law, election officials began preparing more than 4.7 million ballot applications to send to voters at the end of July before the primary in September.

Monday’s ruling upholds those changes, allowing millions of voters to cast their mail-in ballots once early voting for the primary election begins in late August. The court released a partial ruling on Monday to address the challenge before September’s primary election contest. A “full opinion explaining the court’s reasoning” will be released before the general election in November.

The ruling is the latest decision in a string of legal challenges from Republican lawmakers seeking to restrict mail-in voting access.

…twice if necessary and don’t forget to count your dead and non-citizen votes too!

Surely, you meant to say, “let every legal vote count”. We do not need a repeat of 2020 whereby Dominion voting software changed the votes from one candidate (Trump) and gave them to another candidate (Biden). There must be an audit of every voting prescient to ensure only legal votes are counted. We do not need to flood the country with ballots whereby many people vote more than once.

Every vote cast by an AMERICAN CITIZEN WHO IS REGISTERED TO VOTE! Not that bunch of Federal Law Breakers invading our country like Biden wants.

Again, we will have more ballots than voters. Trump/DeSantis-2024!! Or sooner, if possible…

And you are too left-wing.

Is this a Chinese court?

Who cares what Massachusetts does.Their voters LOVE getting robbed by their government. Let them slither in it.

And leaves the gate open for more cheating!

Hope the gas prices in Massachusetts goes to $10 a gallon and food prices continue to accelerate in that God forsaken state.

Now, sit back and watch as the Democrats start winning in areas that they have NEVER won in before! Kinda like the dementia riddled old fool who never left his basement, and couldn’t fill a small high school gym for a speech, somehow miraculously garnered 81M votes. Yeah, just like that!

As much as I hate to even think it, that’s the reason I don’t think Donald Trump has a Chinaman’s chance.

I don’t know that election fraud matters much in Mass. That state is hopelessly leftist, dominated by big city cesspool Boston.

I suppose we can’t expect honest investigation into the conditions currently in this country by people who aren’t accustomed to truly delving into issues without the Fake Media, Fake News, Fake everything pushed by the left. Massachusetts was very involved in the inception of America, our Constitution, and all the documents our Founding Fathers wrote. Please,citizens of Massachusetts, read those documents and look into the lives of those men from Massachusetts who risked their very lives to form this free country and then cast your vote for America to continue to be free with our citizens not controlled by an evil leaders who seem to have no conscience or morals at all.

Mainstream media that’s licensed by the FCC can’t lie. Try watching the networks and get the facts since their news departments can’t lie to the public or their affiliates will lose their license to broadcast. It’s in the Federal Communications Act of 1934. It’s their requirement to “Broadcast In The Public Interest”.

Talking like Biden now. Hope dementia doesn’t take you over, Oh, sorry, it already has.

If they can’t cheat,they can’t win. We’ll still beat them into the ground.

If the state can prove it’s a federal issue, and it should be in my opinion it can be taken up to the highest federal court of the land!!

We could expect less from the MA courts but somehow like the voters that live there they never fail to meet our lowest expectations.

Some courts, the fbi, doj are all corrupt. This needs to be stopped or we lost our country.. the only way the dems can win is if they cheat. These corrupt courts have to stop the lying, cheating, corruption. These so called judges have no business on the bench if they can’t be fair

Too bad you don’t like their decisions, but the problem is YOU

So now this will be won by cheating?!!

I am a Mass resident and I want to go to the poll, show my ID and vote legally on election day. There are a lot of people just like me in this state and we are getting REALLY fed up with the b.s. crap going on. Wake up Mass voters – our elections are being stolen.

Only morons still believe the election was stolen. That’s you. Try watching the January 6th House hearings and find out about the Big Lie.

Yes, Two can play the game of who can stuff the most votiting boxes ?

One vote away from a dictatorship.

Let’s see if the feckless rinos take this to the SC!

They want to be sure they have the ability to get every vote
they need for what ever position they need.They are not
fooling anyone. Do not dorget the ballot harvesting also.

It is a proven fact that mail in voting for everyone other then those who are invalids or those in the armed forces is an open door for fraudulent results. Fact!!!

How come mail-in ballots have been used for decades. Catch uip.

You don’t seem to smart but if you are right can you tell me why pa sent out 1.8 million mail in ballots but some how got back 2.5 million mail in ballots or why did AZ order 1 million mail in ballots with no env. Days before the election and why they were all filled out, who filled them out, they were not sent out but some how they were filled out and counted. And there was 11 different kinds of paper when only 1 was the right one. Wi had 115 thousand people vote over 115 years of age. Shit like this was going on all over and if you can’t see it you are brain washed or a stupid fool..one more thing my dad has been voting the last 20 years for the dems, but he as been dead for 30 years and he never voted for the dems.

They have, but only for those people I listed.

The state counts the votes and then certifies the willning candidate.You still believe in the Big Lie, don’t you?

Judge defies US Constitution. One day vote. US citizen. Electors by State Legislature only.

Right! And it’s a real shame because there’s so much history there from back when people who lived in Massachusetts were REAL Americans and not a bunch of COMMUNISTS.

Hard to believe this was the state where the American revolution began….now it’s the ‘crucible of Communism ‘ in the USA!

Our elections are quickly becoming FRAUD FACTORYS !! Whatever happened to VOTING DAY being the day of election, NOT 6 weeks BEFORE and NOT infinity AFTER! ELECTION DAY is NO LONGER ELECTION DAY!!!!

Shouldn’t every vote count or are you a Communist?

The governor of Massachusetts is a disgrace for the Republican party. He is more democrat than Biden.

i guess they believe in cheating