Home /NEWS, Politics/Trump Has Made Up His Mind on 2024 but Won’t Reveal One Key Aspect

This story is breaking and will be updated as more information becomes available.

Former President Trump confirmed that he’s made a final decision on launching a presidential campaign, but one large question remains.

Trump told New York Magazine that he has already decided, and the “big decision” will be whether he chooses to announce it before or after the upcoming November midterm elections.

“Do I go before or after? That will be my big decision,” he said.

Trump said announcing before the midterms could come with an advantage, dissuading other potential candidates from launching their own campaigns.

“Let people know. I think a lot of people would not even run if I did that because, if you look at the polls, they don’t even register. Most of these people,” he said. “And I think that you would actually have a backlash against them if they ran. People want me to run.”

For months Trump has hinted at his plans to run for president again in 2024 but due to strict campaign finance laws, he’s held off on making any official declaration.

However, while Trump still remains a powerful figure within conservative politics some experts have begun to weigh if Trump’s age and reputation may ultimately hurt the GOP’s chances to retake the White House in 2024. A number of presidential contenders have already begun to emerge and have acknowledged their interest in running for office, particularly if Trump doesn’t run.

So far most pollsters have reported Florida Governor Ron DeSantis is the most popular figure–behind Trump to run for the presidency but the Governor has maintained his sole focus is winning re-election in the Sunshine State. 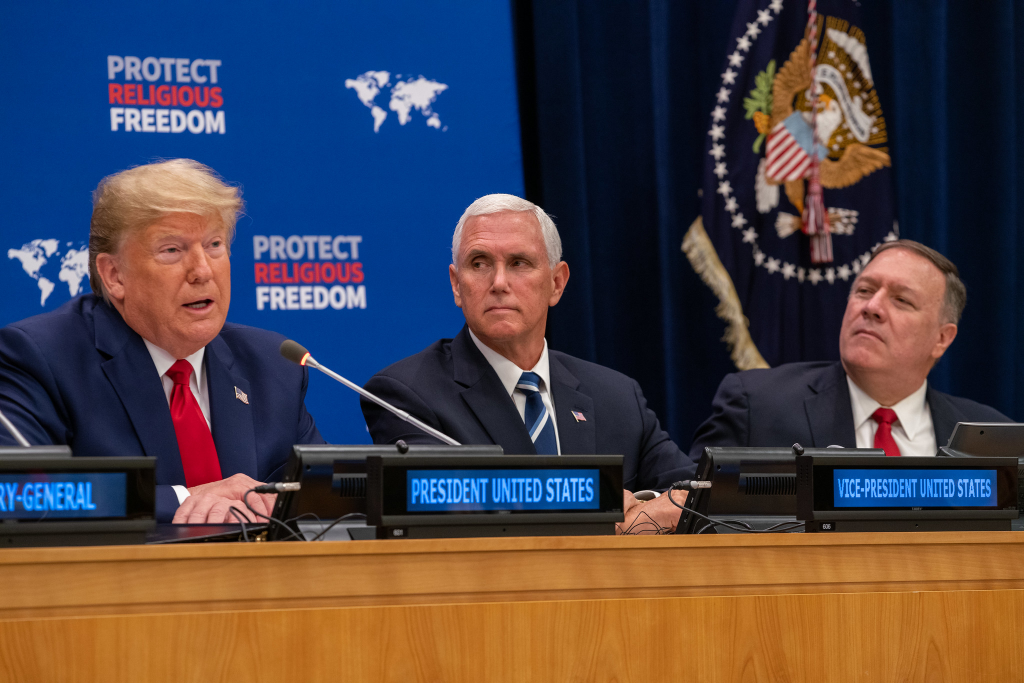