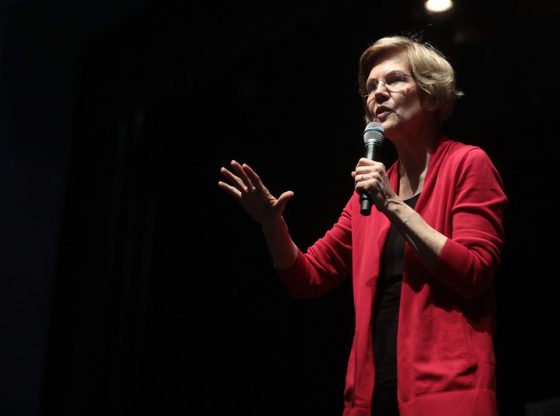 Cuban made the comments at Vox Media’s Code Conference in Los Angeles, where he was discussing women in politics and critiquing the two party system.

“Everybody just takes your money in little chunks, and all of a sudden that adds up. And because you give them these little chunks of money, you have to root for your team,” Cuban said. The entrepreneur then took aim at Warren, saying that while he’d be willing to accept a tax increase, Warren’s plans take it a step too far.

“I don’t mind being taxed more,” Cuban said. “I wrote a blog 20 years ago saying it’s most patriotic thing you can do after military service, is pay your taxes. Because that’s what allows everybody, you know, to live and to prosper. But, yeah, the idea of just, ‘Soak the rich, billionaire tears, let’s sell that cup’ — screw you, Elizabeth Warren, you’re everything wrong with politics.”

Warren has long been a radical “tax the rich” leftist, binding together with other extremists like Sen. Bernie Sanders (I-VT) and Rep. Alexandria Ocasio-Cortez (D-NY).

Here’s a better idea: if you are a liberal, you are taxed another 40% based on your gross income. You want the higher taxes, so you get to pay for them!

It suddenly strikes me that the very first thing that there is, of leaderchip, is to do whatever if is, first, as an example for the others. And, it strikes me that if our alleged leaders were real leaders, they would raise their own taxes first, before making we peasants take the first financial blows.
(Harry Truman once said that anyone who left an elected position with more money than he started with was a crook. Boy, was he right!)

Dems never have enough of other people’s money. If they tax the millionaires at a 2% surtax it will all be spent and then they will tax more and more.

Here’s a better idea: if you are a liberal, you are taxed another 40% based on your gross income. You want the higher taxes, so you get to pay for them!

Wackohantas has always been a loser but they keep electing them.

Liz Woke-ahontas Warren, Joke Biden, and Kama-la-la-la Harassment a matched set. Each one is more fake than the other two combined.

In her defense, Wackohantas remembers what it was like when she grew up on an impoverished Reservation for Native Americans. WHAT! You mean she didn’t ?
We are shocked to the core!

I am certainly not a millionaire and probably never will be. My wife and I have worked hard to maintain a middle-class lifestyle and the Democrats constant “Tax & Spend” policies are a constant reminder that this current administration has done only one thing very well, redistribute income from those that work for it to others that get the government hand-outs! This is socialism in its purest form! Never vote for any Democrats unless you want this to continue.

Pocahontas need to be taken down a few steps.Typical Democrat now Communist

probably the house and senate would be exempt from these taxes