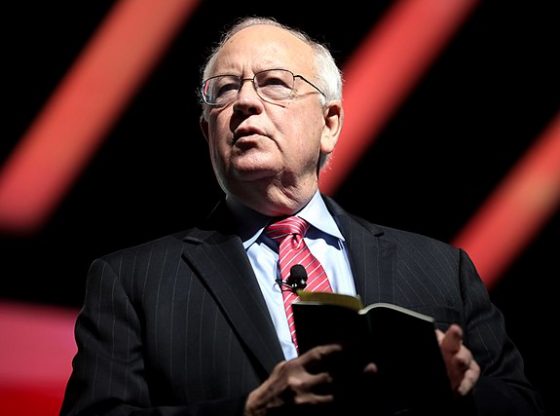 Ken Starr, a former federal judge who later led the investigation that resulted in former President Bill Clinton’s impeachment, died on Tuesday. He was 76-years-old.

Starr died in Houston at Baylor St. Luke’s Medical Center of complications from surgery, according to a statement from his family.

Starr was appointed as a judge to the federal courts by former President Ronald Reagan and he served as Solicitor General under George H.W. Bush.

Starr was best known for his role as independent counsel in the Whitewater investigation into the Clintons which started out focusing on real estate investments and ended up with Clinton’s impeachment after the House charged him with perjury and obstruction of justice for lying about his affair with Monica Lewinsky.

“We are deeply saddened with the loss of our dear and loving Father and Grandfather, whom we admired for his prodigious work ethic, but who always put his family first,” Randall said. “The love, energy, endearing sense of humor, and fun-loving interest Dad exhibited to each of us was truly special, and we cherish the many wonderful memories we were able to experience with him. He is now with his Lord and Savior.”

Gotta wonder if this “accident” was an accident, when we know what happens to people who speak about the corruption Crimes of Hillary Clinton and Bill.

I hope they do an autopsy to make sure he really died from complications in surgery considering he had worked for Clintons. You never know when someone has been associated with the Clintons.

It seems like as lot more people are dying from operational “complications” than they used to. Why might that be?

Watch the DemoRATS come out of the woodwork and slander him! They are all HATE, all the time.