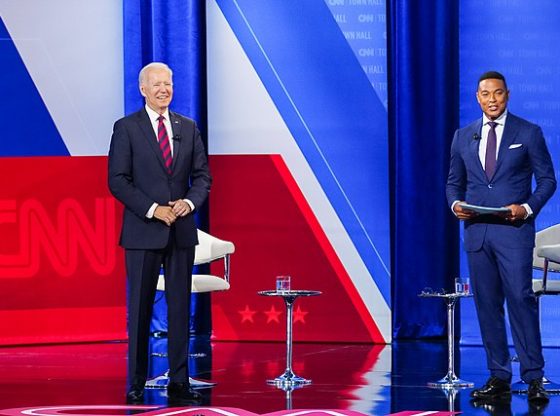 In the latest round of drastic changes at the leftist cable network CNN, it has been reported that far-left Don Lemon Tonight host Don Lemon has had his show canceled, and he has been demoted to co-hosting the network’s morning show New Day alongside Poppy Harlow and Kaitlan Collins.

The move, announced Thursday, is the network’s biggest programming shake-up since CNN executive Chris Licht took his position in May.

Licht said Lemon, Collins, and Harlow are each “uniquely intelligent, reliable, and compelling,” which will make for a “refreshing” way to begin the morning.

“There is no stronger combination of talent than Don, Poppy, and Kaitlan to deliver on our promise of a game-changing morning news program,” Licht said in the press release.

Lemon said in a statement that the last eight years have been “an incredible ride.”

“I’ve had the opportunity to work with one of the best show teams in the business, but it’s time to shake things up. … I was honestly floored when Chris Licht asked me to do this, and I’m honored by his belief in me,” Lemon said in a statement. “Set your alarms folks because we’re going to have a lot of fun.”

Whatever you think of this speech the military is supposed to be apolitical. Positioning Marines in uniform behind President Biden for a political speech flies in the face of that. It’s wrong when Democrats do it. It’s wrong when Republicans do it.

Advertisement
Ready to BEAT Biden? It Starts NOW [CLICK HERE]
All the GOP Senators Who Are Voting for Dems’ Gay Marriage Bill
Mark Meadows Reveals How he is Responding to DOJ Subpoena

Its great they cancelled Lemon, they should have gone one step further and dumped him all together, this person is sickening to listen to. Lie after Lie, after LIe. The writing is on the wall for the Fake News CNN. Its to late to turn things around after many years of lying to the American people.

Does anyone watch CNN? You won’t see him on Newsmax or Fox News.

Does anyone even watch CNN any longer?? CNN=Communists News Network

Until CNN dumps ALL the left wing B.S.artists now employed there is NO chance for a significant change!

Don Lemon would be the king of the popular 1-3AM time slot! He would add so much drama to the farm report.