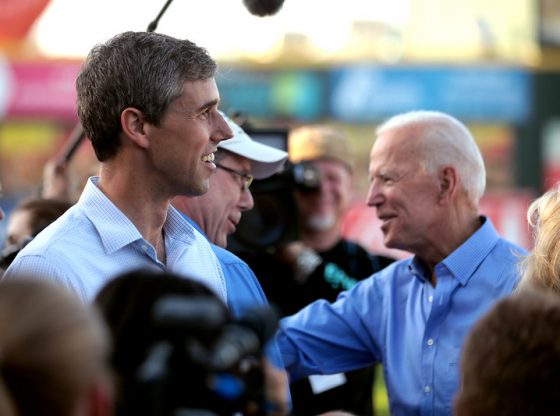 Far-left Texas gubernatorial candidate Beto O’Rourke is turning on Joe Biden as he hopes to take the Lone Star State’s governorship for the Democrats in November. He blamed Biden for Latinos exiting the Democrat Party and boosting the GOP in the 2020 election.

“Candidate Biden didn’t spend a dime or day in the Rio Grande Valley or really anywhere in Texas, for that matter, once we got down in the homestretch of the general election,” O’Rourke told a crowd at the Texas Tribune Festival in Austin on Saturday. “You got to be locking eyeballs with the people that you want to fight for and serve and whose votes that you want to win.”

Despite losing the 2020 presidential election, Donald Trump carried 38% of the Latino vote, a 13 percentage point increase over the level of support that Republican candidates received from that group in the 2018 midterm elections, according to Pew research data.

“It was literally one syllable one word, it was ‘jobs,’ and he kind of offered a false choice: ‘I can either keep you holed up in your house during this pandemic, or I can open up all places of employment and prioritize the economy,'” O’Rourke said Saturday. “What did we have on our side? Nothing.”

“I am making sure that we do not commit the same sin as some Democrats before me have committed, which is to take voters of color, Black voters and Latinos, for granted,” O’Rourke said Saturday.

This is all smoke and mirrors. DO Not Fall for it!

yes. of course, OUt of convenience. Beto is a liar and a hypocrte like the rest of them. He’ll turn right around after nov. elections.

Like the dems have been doing for decades. Problem is, they are seeing it for what it is, and they won’t go back on the “reservation/plantation”.

There is no way that Beto would shift his thoughts. I am sure that the idea is to have some of these demons change their thoughts and get us to vote for him. Some people may fall for this but I hope not. It is a very tight race .

This jerk Beto, now this fruit cake wants to exist at the public trough, he becomes something he isn’t.

Beto is a fake. His name is Robert Francis O’Rouke. Where does he get this “Beto” crap. Stay out of my Texas, you fake. You want our guns, to murder babies, and to defund the police. Go to California with the rest of your socialist/Communist/Democrats. I am a proud Mexican American and I will continue to vote for Republicans, but not RINO’s.

“You’ve got to be locking eyeballs with the people you are determined to disarm!” Absolutely right.

Guess we have heard all that BS before and the democrats will harp that until rate after the election, than put on your steel britches because you are about to get screwed.