Pro-Life Dem Destroys Audience Member for Comparing Pregnancy to THIS

Pro-Life Dem Destroys Audience Member for Comparing Pregnancy to THIS 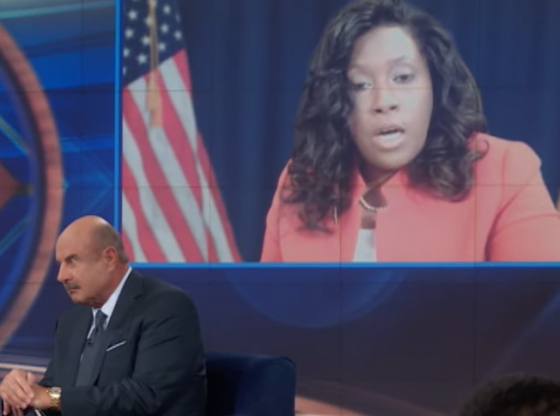 On Wednesday, Dr. Phil held a discussion on abortion during his show and pro-life Democrat Katrina Jackson did not hold back. Jackson, a state senator from Louisiana, was part of a panel that included a wide variety of views on the issue of abortion. During her appearance and audience member compared becoming pregnant with getting lung cancer from smoking cigarettes. They argued, “If that’s what we’re going to say, is that ‘you have to face the consequence,’ then someone who develops lung cancer from smoking, knowing there’s a risk, should not be treated. Though, that is medical treatment. Abortion is health care.”

Jackson did not take this view lightly, responding, “When I hear people saying, to the point of nine months, a healthy baby can be aborted—and then let me tell you what’s most offensive to me, Dr. Phil, is when I hear people say that for Black and Brown women, the remedy to them living in poverty is abortion. Then, to me, we perpetuate the racism that we faced for years.”

“I keep hearing as a Black or Brown woman, when I’m sitting in poverty, the answer to my poverty is not to expand my family,” she added.

As harsh as it would be. I’d say, “You know, those who equate a natural part of life, sex leading to propagation, with an unnatural habit, like smoking that induces cancer, are mentally ill, and should be treated for such psychosis.”

There are many inexpensive ways of avoiding pregnancies. One is abstention so the audience member is ignorant or lazy.

Abortion is certainly not healthcare for the unborn baby.