UPDATE: What Paul Pelosi’s Attacker Was Screaming When Beating Him With A Hammer

Home /NEWS/UPDATE: What Paul Pelosi’s Attacker Was Screaming When Beating Him With A Hammer

UPDATE: What Paul Pelosi’s Attacker Was Screaming When Beating Him With A Hammer 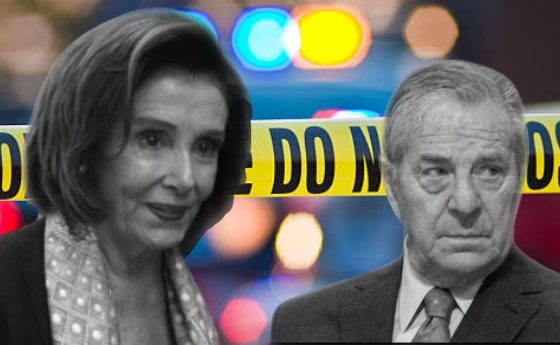 Update: According to multiple sources, including Fox News and the New York Times, when the attacker broke into the San Francisco home of Nancy and Paul Pelosi, and began to strike Paul Pelosi with a hammer, the assailant was screaming “Where is Nancy, where is Nancy?.” Upon leaving, as reported by Fox News, information from law enforcement says the attacker ”painted graffiti on the garage door and left a pig’s head on the sidewalk.”

Early Monday morning, Paul Pelosi, the husband of House Speaker Nancy Pelosi, was “violently assaulted” in his San Francisco home. The attacker is reported to have used a hammer in the attack and Pelosi was severely beaten and suffered blunt force injuries. Nancy Pelosi has been in Washington D.C. this week and was not present during the incident.

“Early this morning, an assailant broke into the Pelosi residence in San Francisco and violently assaulted Mr. Pelosi,” spokesperson Drew Hammill said. “The assailant is in custody and the motivation for the attack is under investigation.” Hammill added, “Mr. Pelosi was taken to the hospital, where he is receiving excellent medical care and is expected to make a full recovery. The Speaker and her family are grateful to the first responders and medical professionals involved, and request privacy at this time.”

A spokesman for the San Francisco Police Department told Fox News at the time that officers responded to the reported vandalism around 2 a.m. Friday. “Unidentified suspect(s) had painted graffiti on the garage door and left a pig’s head on the sidewalk,” they said.

This incident has been on the news 24/7 for days. Fck Paul Pelosi and his side-bitch Nancy.
When Rand Paul was violently attacked, (and he sustained much worse injuries)
there was barely a mention of his attack.
The Dems are such hypocrites saying, “Why haven’t the Republicans condemned this attack?” Well, where were the DemoRats with their condemnation of Rand Paul’s attack??