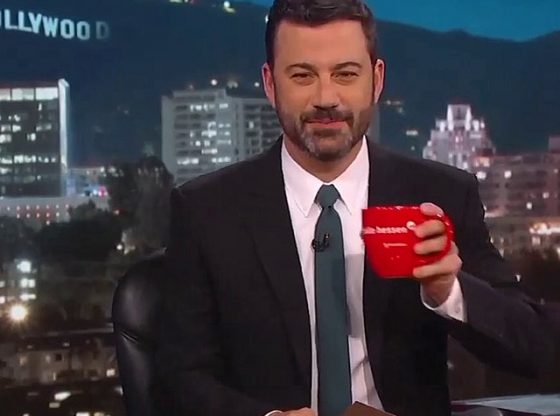 Late-night TV show host Jimmy Kimmel has admitted losing at least half of his fan base due to his anti-Trump jokes. He also admitted that back in 2016, when Trump had just begun his campaign for president ABC executives ‘hinted’ at him backing off on jokes about the former President. While on the “Naked Lunch” podcast he mentioned that he told executives he would rather someone else take over his show if they wanted him to censor his content, at which time the executives backed down. Though he admitted if he had been natural it would have helped his ratings.

According to Fox News, Kimmel said:

“I have lost half of my fans — maybe more than that,” the “Jimmy Kimmel Live!” host said on the “Naked Lunch” podcast Thursday, adding that “10 years ago among Republicans I was the most popular talk show host,” according to research.”

While many have mentioned Trump and Republicans dividing the country, it can be highly argued that media coverage, and ‘jokes’  such as Kimmel’s about the then President were the real catalyst in setting off the chain of dislike Trump has received since first running for president.

‘Mocking or derogatory political jokes,’ will always result in a politically divided audience, because lame, unfunny, and dry political pokes at a specific political party, will leave half your audience in rage. A professional usually stays away from lame, unfunny, dry pokes at humor that can’t identify what it was supposed to accomplish.

‘Mocking or derogatory political jokes,’ will always result in a politically divided audience because lame, unfunny, and dry political pokes at a specific political party, will leave half your audience in rage. A professional usually stays away from lame, unfunny, dry pokes at humor that can’t identify what it was supposed to accomplish.

He is nothing but a hater.

Does this idiot support biden and all the horrible harm he has done to our country and its citizens…probably because he is an idiot!

If Kimmel hasn’t lost half his fan base, he should have. Not only is he a leftist partisan, he isn’t even funny.

Kimmel is an idiot. While Biden is turning this country into a third world economy, he’s there saying everything that does not set well with the Republicans while the left is tearing this country apart. Hopefully, his attendance goes too low that he goes off the air where he belongs.

Good riddance! Kimmel, and the rest of the late night people and celebrities and medias who pacify the corrupt democrat, and RINOS anti-American rhetoric! Actually, it is more than half!

They are not ‘jokes’…they are vicious lies and ignorant accusations. He can go to Hell.

I never liked Jimmy Kimmel. I only watched him if he had a guest I liked or I just left the TV on after watching an earlier show. However, after he started doing anti-Trump jokes, I absolutely could not stand him and turned the channel or my TV set when he came on. None of his jokes were funny.

Losing three fans is no big deal! Get over it Jimster,You still have your Emilio or whatever his name is, he’s funnier than you!

None of those late-night show is any good, they are not funny. It’s all about bad mouthing Trump and some Republicans and it’s been that way since Jay Leno, David Letterman stopped doing the late-night shows. I stopped watching them after I started hearing all the bad mouthing. Seth Meyers needs to go too, he’s even worst. No Johnny Carson

I TOTALLY dislike Myers and cant believe he has any following- he isn’t even a good joke teller. And Cobert is downright repulsive.

Yeah, so get a clue Kimmel you idiot!!!

What station is he on?

It took him this long to figure it out? Slow learner

Seriously Jimmy. You’re just not funny anymore. You aren’t even trying to be funny anymore. Your expressing your personal opinions and therefore only appealing to those who agree with you…and surprise, most don’t!

Please don’t take this as a promotion or push but all these late-night chatter shows are being out paced by the new Fox program Gutfeld. I personally don’t love the show, but one can at least assimilate with it and have some good laughs.