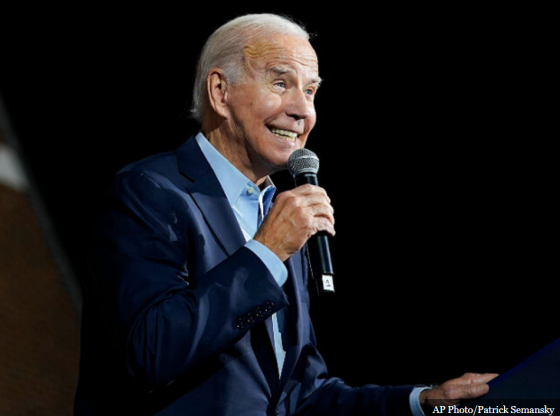 What is it going to be Biden?

Clearly, and as seen in many of his recent campaign speeches this season, Biden flips and flops taking whatever side will make the crowds happy.

Though activists at Sunday’s rally for Hochul didn’t seem very impressed with Biden’s attempts at fooling the audience. Not taking the bait, as they pushed him on specific sites in the Antarctic and off the Gulf of Mexico.

Biden’s speech was interrupted multiple times, even resulting in some audience members being escorted out of the audience.

Though in the race between Democratic Hochul and Republican Lee Zeldin, Zeldin has seen a steady increase in polls as may fear the crime rates in New York.

The disgraceful Democrat, Joe Biden, has “brain rot”, and that is evident to even the most anti political American. This man was vetted and nominated by lying, immoral Democrat leaders, as being able to execute the office of President of the United States. It was ALL a complete black lie to deceive the entire American public. (And even then, they had to pack the ballot boxes, program the voting machines, and truly “steal” the 2020 election, to get this piece of garbage into the White House.) Democrats MUST be outlawed in the United States for at least one generation – to allow some of the moral rot to disappear.