Today Is Election Day And Democrats Are Mad

Home /NEWS/Today Is Election Day And Democrats Are Mad

Today Is Election Day And Democrats Are Mad 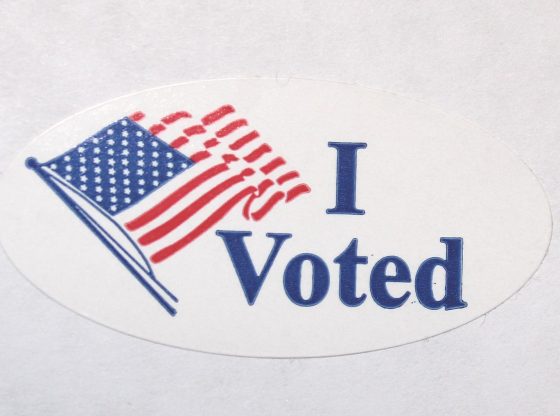 Election Day is here and Democrats are mad about it. Over the last several days’ many liberal media figures and Democratic politicians have spoken out calling anyone voting Republican in today’s election stupid. Many are confused as to why Americans would be more concerned with economic issues than democracy. Causing many media figures vast amounts of backlash.

Just days ago filmmaker Michael Moore claimed that 80 to 90 million Americans that will potentially vote red “aren’t very bright.” During a segment on MSNBC, Moore also claimed he wasn’t sure why women were “giving up their rights,” referring to abortion, over issues such as gas or the price of food. Though this is a common theme amongst media figures as just last week ‘The View’ co-host Sunny Hostin called White suburban women cockroaches for voting Republican. In this situation, many are calling for Hostin to be fired after her remarks on the morning show.

Though the attitude toward Republicans of course didn’t stop there, as Jimmy Kimmel has recently mocked red voters claiming gas was the only issue the party seemed to care about. According to Fox News he said:

“The midterm elections are on Tuesday, and we have a tough decision ahead. On the one hand our democracy is being threatened by extremists who want power over at all costs even if it means burning us to the ground. On the other hand, gas is four dollars a gallon now, so.”

Many similar sardonic comments have been made online via Twitter, and other platforms bashing Americans who care about important issues. Polls have repeatedly shown that voters are concerned with issues like economy, inflation, and crime. While liberal media figures and the Democrats are saying voters aren’t concerned with Democracy a recent New York Times/Sienna poll showed 71% of voters actually thought Democracy was under a current threat. The America voters are concerned and while voting might not line up with what the Liberal Democrat agenda wants, it doesn’t mean Americans are stupid or disconcerned with the state of the country.

Trump Sets Date for Possible 2024 Announcement
Election Watch: These Two Candidates are Backed by President Trump and Favored to Win

This is not about democracy, this election is about the democrats maintaining POWER and that’s the entire issue for them. Joe Biden is senile, delusional and weak, the rest of the democrats are power hungry radicals who are intent on destroying this country. Vote like your country and your children depends on it because it does.

Democrats grifters one and all. It`s going to take your party a decade before these problems you created for the world.

Illiterates are showing us who is the threat to our Republic, and who is destroying our country and burning it to the ground
?

First, we are NOT a democracy we are a REPUBLIC!
If we were a democracy then all that would matter would be the Left and East coasts needed to elect a President. Even some stupid Republicans are calling us a democracy.

Michael Moore, oh he just knows so much! If he had a brain it would rattle like a BB in a boxcar. Why God allows these idiots on earth I will never know but unfortunately they will remain.