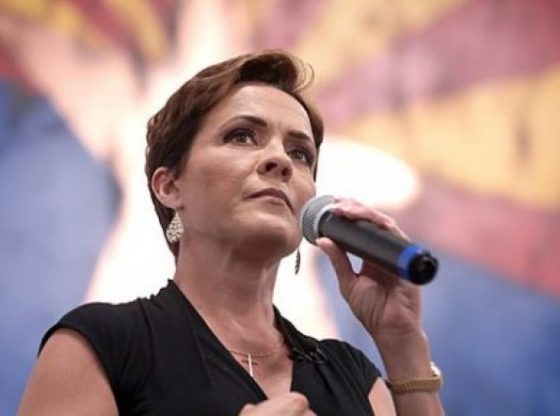 On Sunday night, a batch of nearly 100,000 votes released in Maricopa County made Kari Lake’s chance of victory nearly impossible. Lake trails Democrat Katie Hobbs by 26,000 votes and she is running out of ballots as nearly 95% of the total vote is counted. Lake brought in 54% of the total vote on Sunday but experts say she needed to be up near 65% in order to catch Hobbs. The latest vote dump from Maricopa County caused famed election predictor, Dave Wasserman, to tweet his new outlook on Lake’s chances:

A recount is possible if there is a 0.5% difference in the margin of error. All precincts must be reported before a recount can be determined. At the time of this article, 93% of the precincts have fully reported.

Why do I smell a rat? Democrats will find enough votes to overturn Lake’s lead. I’m sure they are busy pulling them out of thin air or reaping them from a souped up Dominion machine at this moment. Just enough to make the rigging even more painful. We will know it’s cheating but we won’t do anything about it. I know Republicans are naive but Democrats are evil.

I would really like to know how and who is making certain that any/all outstanding votes ARE ALWAYS ENDING UP IN THE DEMOCRAT FAVOR, EVEN WHEN THEY ARE BEHIND!!!!!!! Of course, we are aware the Commucrats know and invented every last dirty trick and cheating ability to insure them a win, ALWAYS!!!!!!! Satan is really the leader of the Commucrat party, Chairman of the party no less! The rest of we FREE AMERICANS MUST FIGHT WITH EVERY FIBER OF OUR BEING TO FREE OURSELVES OF SATAN AND THE COMMUCRATS. GOD MUST BE OUR FIRST PRIORITY, THEN COUNTRY AND FAMILY. LET’S ALL GET ON OUR KNEES AND PRAY TO THE FATHER FOR HIS HAND TO BRING FREEDOM AND VICTORY TO AMERICA BEFORE IT BECOMES AMERIKA

Maricopa registration : GOP has 100000 more registered voters than Dems. How is it possible that a Republican votes for a candidate who wouldn’t debate the issues and is the Secretary of State Of Arizona…. SHE controls the ballot process. Very Dirty sounding.
Especially since it takes several days to ‘count’ the ballots. What else are they doing? ‘Murder most Foul’ in Agatha Christy terms.