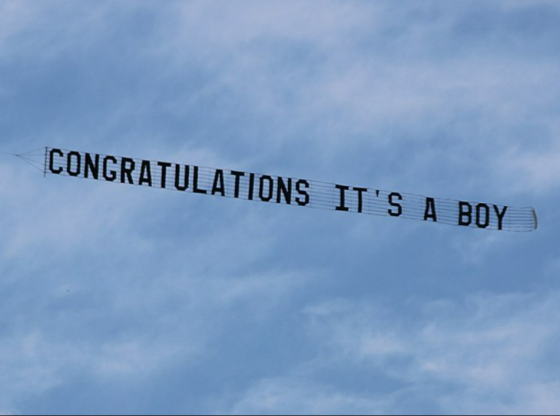 One wonders: Are people really white or black, or is race assigned at birth, too?

Consider today’s headline from a Fight for Schools press release:

Whatever one thinks about gender, this Wokistani jargon is so leaden.

If we are going to ditch “boy” and use “assigned male at birth,” will boyfriends become assigned-male-at-birth-friends?

The boy next door?

He’s now the assigned-male-at-birth next door.

That is so romantic.

Now it will be “I’m an Assigned-Female-at-Birth Watcher.” That really sets the fingers snapping.

And Marlo Thomas’ 1966–1971 ABC TV show, That Girl? Peacock soon will redeploy this sitcom as That Assigned Female at Birth. Phil Donahue — Mr. Marlo Thomas — described himself to Le Monde as “thrilled.” Danny Thomas is smiling down from Heaven, right beside his Best Friend for Infinity, St. Jude.

Whenever leftists replace monosyllabic words like boy and girl with polysyllabic jawbreakers like these, it does not help, never mind that “monosyllabic” is pentasyllabic — among the greatest ironies.

When the Left posits that gender is assigned at birth — like quickly deciding whether a baby should be wheeled on a gurney to General Hospital’s third-floor nursery or the fourth-floor pediatric-care center — they simply are lying through their mendacious teeth.

One wonders: Are people really white or black, or is race assigned at birth, too? If so, a lot of doctors have a lot of ’splainin’ to do.

Back to gender: When I was born, my penis was not assigned. It was attached. And — I just checked — there, thankfully, it remains.

If it were assigned, then the doctor who delivered me could reassign it at any time. If so, I would stop being a man and suddenly become a reassigned female at middle age.

With all due respect to the ladies out there: Nein danke.

I was a happy boy who grew into a happy man.

And the more that this idiotic, destructive, left-wing garbage can be smashed into smithereens, the happier a man I will be.