Battleground Republicans Back McCarthy for Speakership

Battleground Republicans Back McCarthy for Speakership 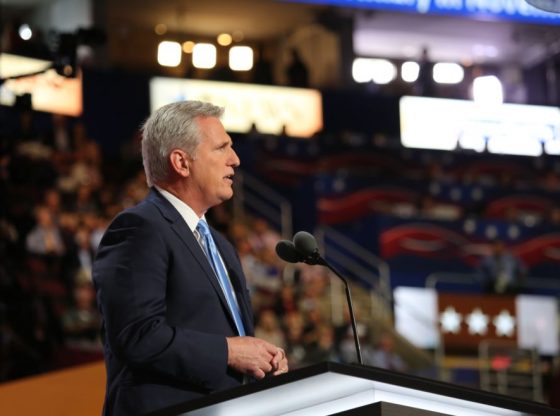 Battleground Republicans have announced their intention to support Kevin McCarthy for speakership in January’s voting session. They have made it clear that they will not sign off on any consensus candidate.

A total of 15 House Republicans added their signatures to a Thursday letter to colleagues declaring their support for McCarthy as speaker of the new Republican-led House. The lawmakers, many of whom were elected in states won by President Biden in 2020, say they will not countenance a consensus candidate.

“Let us be clear: we are not only supporting Kevin McCarthy for Speaker, but are not open to any so-called shadow ‘consensus candidate’ — regardless of how many votes it takes to elect Speaker-designate McCarthy,” they wrote in the letter, first obtained by POLITICO. “There is no other conservative candidate that can garner the support of 218 Republicans for Speaker — period.”

The voting session is expected to become protracted, as five GOP house members say they will not support McCarthy’s candidacy to speakership. They are enough to block the 218 votes needed for his confirmation. Given that McCarthy’s supporters will only engage in ballot casting, every vote is essential.

Most members acknowledge the vote for speaker will likely enter a historic floor fight that won’t be settled on the first ballot. But some McCarthy allies hope they can pressure some of the public naysayers and any quiet detractors in following votes.

In the letter, the members expressed concern over concessions McCarthy has made to rule changes. They fear the concessions will lead to more Democrat control. Nonetheless, the members agreed to support McCarthy’s concessions, if they help him become speaker.

Most lawmakers who signed the letter are previously unknown freshmen. Others include veterans such as Reps. Don Bacon (R-NE) and David Valadao (R-CA). McCarthy also received the written support of  California Reps. Michelle Steel and Young Kim who won in difficult districts for two cycles now.

The new House is set to start its work on Jan. 3.