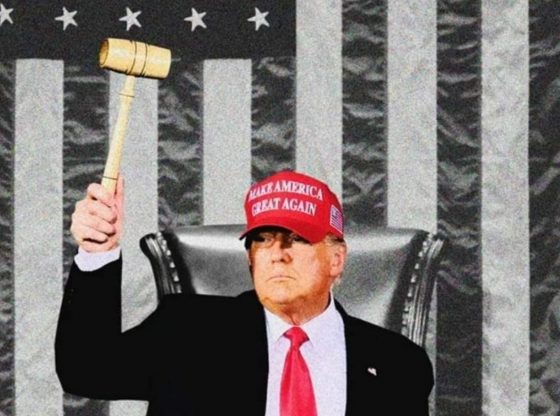 A senior advisor to President Trump has recently told Breitbart that the President’s “significant leadership” was pivotal in the House Speaker results. In a recent interview, senior Trump advisor Boris Epshteyn mentioned that Trump had been working on votes for McCarthy since early December. He had spent a decent amount of time engaging in ongoing correspondences with many Republican lawmakers throughout the process and late into Friday night. With six final holdouts Friday night, they decided to vote present to finally have a speaker “based on significant, significant leadership from President Trump.”

“There was a decision made by Matt Gaetz, and the others who were left… to say, ‘Look, vote present and let Kevin McCarthy become speaker and let us get to work,’” said Epshteyn. “And that’s very important, and I’ve been saying this for days: no matter who the speaker is, we need a speaker because we’ve got to start investigating the hopeless Biden administration.”

Several GOP lawmakers have stated the importance of Trump’s role, including McCarthy, who thanked Trump after winning the top House position.

“I don’t think anybody should doubt his influence. He was with me from the beginning,” the speaker told reporters.

Moments earlier in the interview, Epshteyn lauded the Conservative holdouts, primarily comprised of House Freedom Caucus members, who won a number of concessions from leadership before enabling McCarthy to win the gavel.

“And if you look at the whole process of the 15 rounds, the historic process, it was actually a great window into American democracy,” said Epshteyn. “And there’s wins all around and wins for the conservatives, you know, like Scott Perry, Chip Roy – who I disagree with plenty on a wide variety of items, but he had a lot of points that he made correctly on this front – Bishop and others, and then Gaetz, Boebert, Biggs… Eli Crane, who is now a star… Rosendale. These members, they stood strong, they stood tough, they received real concessions.”

Epshteyn then mentioned that the work these lawmakers wanted wasn’t just talk, as he said the chairs on the Judiciary and Oversite committees, Reps, Jim Jorden (R-OH) and James Comer (R-KY) respectively, are ready to start sending subpoenas as soon as next week. While fights and standoffs are expected from members of the Biden family or some Democrats, the party is ready to get to work. Even if they weren’t unified on their leader from the start, they have one now and with that they have the power to work on common goals.