Trump Goes After This Potential 2024 Rival

Trump Goes After This Potential 2024 Rival

It appears as though former President Donald Trump has taken aim at Florida’s Governor Ron DeSantis. On Wednesday Trump shared a poll to Truth Social in which he was leading the Governor by 21%. While DeSantis has yet to declare he will officially run in 2024, many believe that announcement could come at the end of Florida’s legislative season later this year. 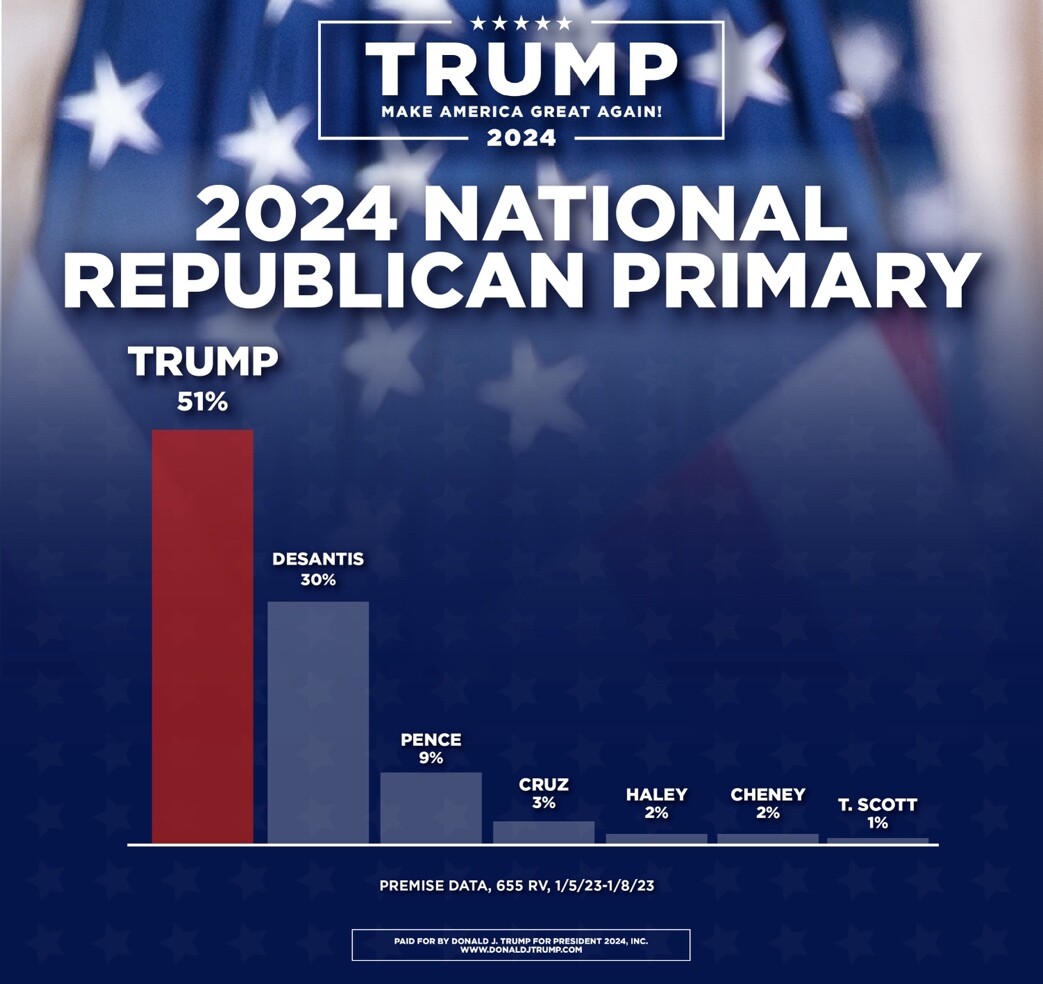 Trump shared a graphic, without comment, on his Truth Social platform that showed the results of a poll conducted by Premise Data among 655 registered voters.

The poll showed Trump with 51 percent support in a hypothetical Republican primary—significantly ahead of DeSantis, who won just 30 percent support, followed by former Vice President Mike Pence on 9 percent.

The former president’s decision to highlight the Premise Data poll comes after video showing him saying he would “handle” DeSantis went viral earlier this week.

The former president told conservative podcast The Water Cooler on Monday: “I got him elected, pure and simple.”

“He would have never… If I said I wasn’t going to endorse you. And there was no reason to go wild about endorsing him,” Trump went on.

“So, now I hear he might want to run against me. So we’ll handle that the way I handle things,” he said.

Trump endorsed DeSantis in the 2018 Florida gubernatorial election and has previously suggested that DeSantis would not have won without his support. The governor won re-election in November 2022 and was sworn in for a second term earlier this month.

No other Republicans have declared their intention to run for the 2024 GOP presidential nomination but DeSantis and Pence are widely considered to be mulling a bid, which would see them challenging Trump.

New Trump Poll Claims What?
Top 8 2024 Senate Races Democrats Will Have To Fight To Keep