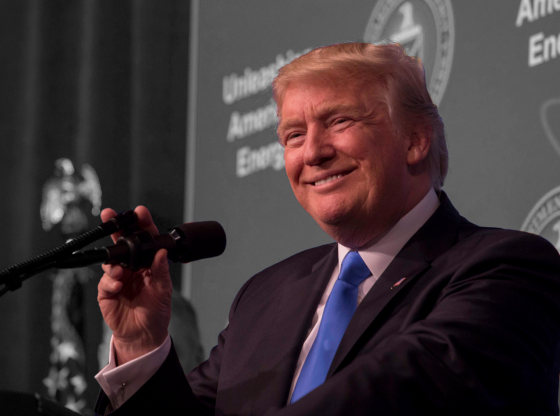 NEW YORK — If a lie illuminates Times Square, can it blind the truth?

Hate Trump, Inc. has sponsored a billboard in the heart of Manhattan’s Theater District. Right where the neon lights are bright, on Broadway, this display is called Trump Death Clock. Much like the National Debt Clock, this giant sign showcases the rising number of “estimated U.S. COVID-19 deaths due to POTUS inaction.” Of course, as the Left regards every tragedy, these fatalities are Trump’s fault.

This sign is so dishonest, it would detonate a polygraph machine.

Why have so many — too many — succumbed to the Wuhan virus since it escaped Communist China and landed here? As Trump Death Clock explains: “The President declined to act until March 16th.”

Whatever one thinks of President Donald J. Trump’s response to the COVID crisis, the notion that he snored through it or just staged rallies until March 16 is as untrue as accusing Pope Francis of founding ISIS.

Here are the straightforward, unvarnished facts about President Trump’s COVID-related acts before March 16.

•January 23: The State Department orders all non-essential U.S. personnel and their family members to evacuate Wuhan.

•February 4: The Food and Drug Administration allowed emergency use of CDC’s COVID-19 test in non-CDC labs. “My administration will take all necessary steps to safeguard our citizens from” COVID-19, Trump said in his State of the Union address.

•February 29: FDA approved LabCorp, Quest, and other diagnosticians to develop COVID-19 tests and liberated states to engage some 2,000 such laboratories. The Trump Administration discouraged travel to parts of South Korea and Italy and restricted arrivals from Iran.

•March 2: The president urged top pharmaceutical-industry executives to assist the fight against the virus.

•March 11: President Trump limited arrivals from Europe, which already had suffered badly from this disease.

•March 14: The president restricted arrivals from the United Kingdom and Ireland.

•March 15: President Trump huddled with grocers, who pledged to stay open throughout the crisis.

And what happened on the day that all of this supposed “POTUS inaction” finally stopped?

•March 16: Phase 1 clinical trials began on the first COVID-19 vaccine candidate, just 64 days after China isolated its genome on January 12. “This is record time for the development of a vaccine,” said FDA Commissioner Stephen Hahn, resulting from “an impressive public/private partnership.” The president unveiled his “Fifteen Days to Slow the Spread” guidance and urged the American people to follow it.

Times Square, and other high-profile U.S. locations, should be equipped right away with billboards, each branded President Trump’s COVID-19 Response Dashboard. Every one of these should feature a running tally of all the corona-crushing resources that Team Trump has ordered, organized, and deployed. These should include one or more tickers that illustrate and update the increasing deliveries of these and other related items:

This should be, essentially, a moving, changing, constantly refreshing report on the items below, with similar, simple illustrations.

The Trump Administration should install these billboards across America. If not, the president’s supporters should seize the day and make this happen.

The Left barely has time to breathe as it relentlessly trashes the president and blames him for the devastation wrought by a pathogen that he neither invented nor invited here, and which he and his administration have battled since January 6.

The Left/media/Democrat lie factory cannot be stopped. But it can and should be bombed. To be precise: Bombed with facts.