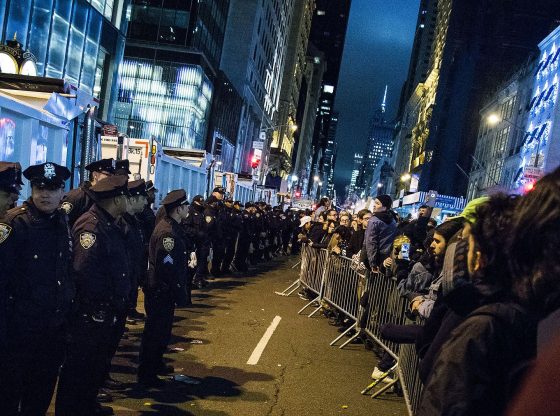 A friend of mine who is a high-ranking officer in the New York Police Department sent me last night the highly newsworthy document below. My friend shares my deep concerns about the disastrous leadership of Mayor Bill de Blasio, District Attorney Cyrus Vance, Jr., and other weak, incompetent, feckless Democrats at the top of New York City’s government.

This letter was written by Lou Turco, President of the Lieutenants Benevolent Association. He argues that low-level quality-of-life complaints are being weaponized to torpedo responding police officers and expose them to civilian complaints, ensuing lawsuits, subsequent taxpayer-financed settlements, and permanent black marks on their records.

The latest specific threat, as Turco sees it, is public reports about the use of illegal fireworks. He describes this as “a game and setup” designed to undermine individual officers and the NYPD force, in general.

Given the roaring debate over law enforcement, the approaching July 4 holiday, and the profusion of fireworks as America heads toward Independence Day, this letter from one leading police officer to his embattled colleagues is worthy of discussion across this great land, as it prepares for its 224th birthday.

As we have all recently been made aware, there are numerous complaints about the quality of life in the city deteriorating, especially regarding an excessive number of fireworks being set off at all hours throughout the City. We must inform our members of how you are being played as pawns and being disingenuously set up by the politicians of this city. As is typical, the politicians, who have an inordinate disdain for law enforcement, will turn to law enforcement to address and correct complaints emanating from a constituency they have abandoned.

And, this is how the game and setup will play out:

1 – Officers(s) responds to a minor criminal offense or quality of life complaint.

2 – Officer(s) engage with the individual(s) perpetrating the offense(s).

3 – Perpetrator(s) is/are now emboldened to combat police officers as a result of a catastrophically created and imposed criminal reform agenda.

5 – If the offense leads to an arrest, the District Attorney’s office will more than likely decline to prosecute on all the charges; including resisting arrest.

6 – The perpetrator(s) will claim to have received a phantom injury if physical force was used to effect the arrest.

7 – The now exonerated perpetrator will then file a Civilian Complaint against the officer(s) and, in addition, will file a civil suit against the City and potentially the officers(s).

8 – The Officer(s) will not be indemnified by the city because there is an open Civilian Complaint on the Officer(s).

9 – The “ATM”, AKA – City of New York, will settle and pay the claimant without
even a employing a good faith attempt to refute the claim.

10- Now, with the repeal of 50-a, your CCRB and Civil Lawsuit records will be made public for everyone to see.

All this for enforcing a minor criminal offense or quality of life complaint. The politicians show us no support, do not care for our safety, but have no problem calling on us to fix the problems they have created. In their opinion, cops are simple and stupid and can be manipulated to do what they (the city and state politicians) want done, even after insulting us on a near daily basis. They are using us as pawns in a game where we have been set up to fail.

Until Mayor de Blasio genuinely states and unequivocally commits to having our officers enforce fireworks infractions AND the District Attorneys verbally commit to processing fireworks offenses, our members must employ the utmost discretion when taking action related to incidents involving illegal fireworks.