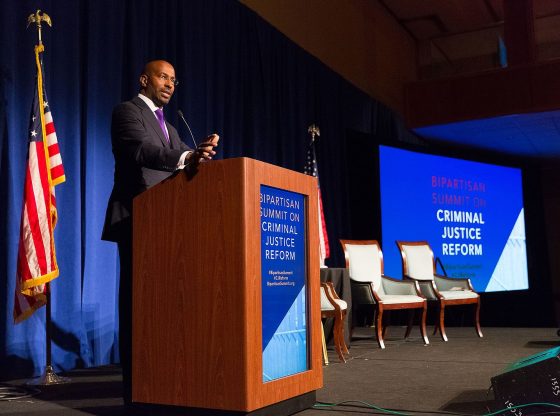 US Department of Labor via Wikimedia Commons
| By: TTN Staff| Media | 923 | 1 comments

CNN’s Van Jones is reported to have worked on the sweeping police reform executive order recently enacted by President Trump.

CNN political commentator Van Jones, who commended President Trump for his recent executive order on police reform, had actually attended secret White House meetings to craft the new measure, according to a report.

Jones, 51, who hosts “The Van Jones Show” on CNN, enthusiastically supported Trump on the network for his order to create a system for tracking police misconduct, ban most chokeholds and incentivize officer training in the aftermath of George Floyd’s killing in Minneapolis.

He lauded the president even as the executive order was slammed as cynical and unproductive by the NAACP Legal Defense Fund and described as “delusional” by the Color of Change, a racial justice group that Jones himself co-founded 15 years ago, The Daily Beast reported.

Unbeknownst to the viewers, Jones had joined his new pal Jared Kushner, Trump’s son-in-law and adviser, in the White House to discuss ways to frame the order on police reform, according to the outlet.

Al Sharpton and Nancy Pelosi criticized the order but Jones lauded it saying it was “pushing in the right direction.”