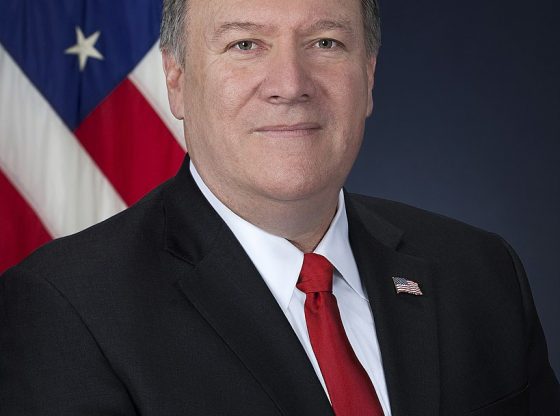 Secretary of State Mike Pompeo blasted China in an address at the Richard Nixon Presidential library, announcing that the US would be taking a tough new stance toward the communist country.

Pompeo warned Americans about the danger of ‘bending the knee’ to the totalitarian regime, something that he insisted would no longer be happening under the Trump administration.

Declaring at the Richard Nixon Presidential Library that “the old paradigm of blind engagement with China has failed,” Secretary of State Mike Pompeo on Thursday announced a new approach toward the Chinese Communist Party (CCP): “Distrust but verify.”

In stark and sobering remarks, Pompeo warned Americans that “if we bend the knee now, our children’s children may be at the mercy of the CCP, whose actions are the primary challenge to the free world.”

Pompeo’s address came a day after the FBI revealed that the CCP has implemented a “program” to secretly and illegally plant military researchers in several U.S. universities to pilfer sensitive materials. Earlier in the week, the State Department announced that China’s consulate in Houston would be closed, with Pompeo saying the complex was “a hub of spying and IP theft.” China has vowed retaliation…

“Communists always lie, but the biggest lie is that the Chinese Communist Party speaks for 1.4 billion people who are surveilled, oppressed, and scared to speak out,” Pompeo remarked. “Quite the contrary. The CCP fears the Chinese people’s honest opinions more than any foreign foe. And save for losing their own grip on power, they have no reason to.”

.@SecPompeo: The old paradigm of blind engagement with China has failed. As President @realDonaldTrump has made clear, we need a strategy that protects the American economy and our way of life. The free world must triumph over this new tyranny. pic.twitter.com/rFQLATSxcd 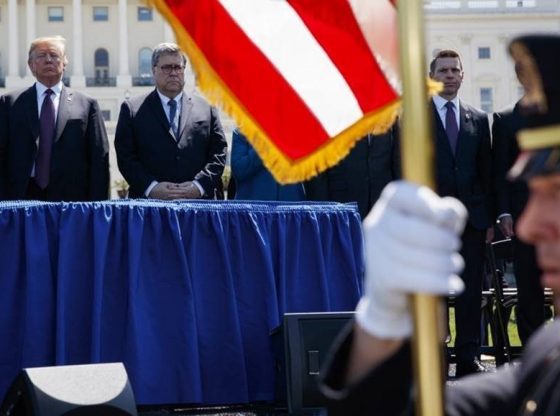 Congratulations Mr. Pompeo! Now if we could only get stores like Walmart to quite buying from China, that would be even better! Just asking the people not to shop there doesn’t work that much – they have too many stores in small areas where Walmart has driven out the mom/pop stores and smaller entities.

One of Trump’s Pitbulls. Go get em Mike.

Isn’t it interesting that democrats have been pointing fingers at Trump and Russia, Russia, Russia, whileiys been politicians in bed sleeping with communist Chinese destroying us right under our nose. How astute. Good thing for Walter Reed Hospital nurse, the nurse which revived the brain dead Joe Biden. Where is she? Is he really revived? He’s in business with communist Chinese, and communist Russia, and corrupt Ukraine. Wheres Hunter?

About time we totally DISTRUST CHINA AND FINE ANY US BUSINESSES THAT CONDINUE TO SUPPORT THIS ANTI-AMERICAN REGIME.

Interesting Pompeo made this announcement it the President Nixon Library. While I am not criticizing Nixon because at the time it seemed a good idea, it was Nixon who extended the olive branch to China trying to create a good relationship. I’m sure if Nixon were alive today he would regret his “détente” because you can never extend a hand to a communist, they will cut it off and steal everything it was holding.

Thank you President Trump and Secretary of State Mike Pompeo. China needs to be held in account for all the evil they are doing ESPECIALLY RELEASING THE CORONA VIRUS ON THE REST OF THE WORLD.