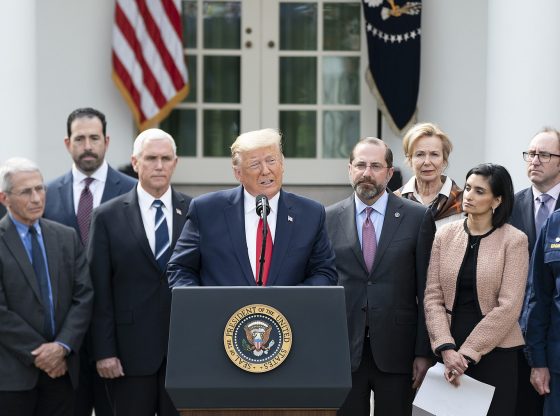 Earlier this month the Supreme Court rejected the argument that President Trump has immunity to the local criminal investigations like the one being used to obtain his tax records.

Trump’s legal team responded to the Manhattan DA’s effort by telling the federal court that the subpoena of his tax returns “amounts to harassment of the President”, according to The Hill.

Trump’s legal team is raising suspicion of the Manhattan DA’s effort and here’s why:

The president’s legal team is now taking the Supreme Court’s cue, arguing in the federal district court in Manhattan that the district attorney’s subpoenas are nearly identical to ones issued by congressional committees investigating the president.

“It was drafted by a congressional committee purportedly to investigate issues of national concern,” Trump’s lawyers wrote. “In other words, the District Attorney issued a grand-jury subpoena he knew was overbroad and sought irrelevant records.”

The Manhattan District Attorney Office responded to the criticism by Trump’s legal team by calling it a delay tactic:

“What the president’s lawyers are seeking here is delay,” Carey Dunne, a lawyer with the district attorney’s office, said during a hearing earlier this month. “I think that’s the entire strategy. Every day that goes by, the president wins the type of absolute temporary immunity he’s been seeking in this case, even though he’s lost on that claim before every court that’s heard it, including now the Supreme Court.”