Trump Hints he Might Accept Nomination at the White House

Home /Campaign 2020, NEWS/Trump Hints he Might Accept Nomination at the White House

Trump Hints he Might Accept Nomination at the White House 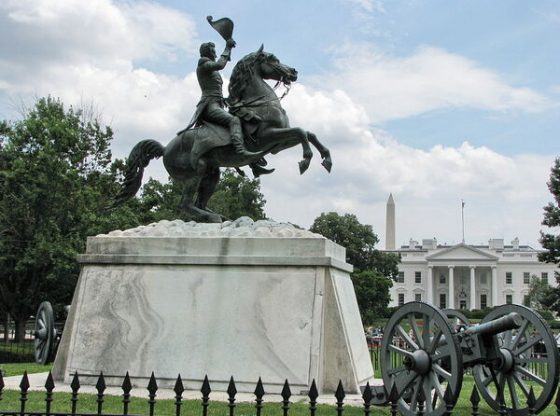 President Trump told reporters on the South Lawn that he is considering giving his RNC speech and accepting the GOP nomination at the White House.

Talking Wednesday with reporters on the South Lawn before a day trip to Texas, Trump said he may move his convention speech once again because of the coronavirus pandemic and accept the GOP nomination at the White House.

“It might be. It’s something we are thinking about,” Trump said. “We’re picking a location fairly soon.”

“I looked at my team and I said, ‘the timing for this event is not right.’ It’s just not right with what’s happened recently, the flair-up in Florida, to have a big convention, it’s not the right time,” he said last week. “For me, I have to protect the American people. That’s what I’ve always done, that’s what I always will do.”

“I’ll still do a convention speech, in a different form, but we won’t do a big crowded convention per se. It’s just not the right time for that,” Trump said. “I care deeply about the people of Florida, and everywhere else, frankly, in this country, and even in the world, who would be coming into this state, and I don’t want to do anything to upset it.”

President Trump would not commit to traveling to Charlotte and just stated that a decision on where he will accept the nomination soon.

Ha! Tough guy has to cancel event after event because no one wants to show up. And SO weird! It’s such a hoax! Why is everyone so worried? And dying?