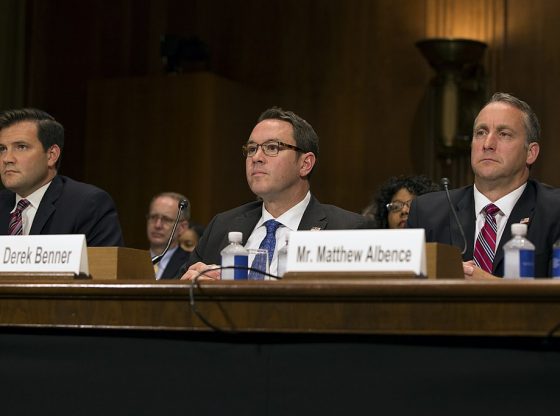 Trump’s deportation chief is out.

Acting Immigration and Customs Enforcement Director Matt Albence has announced his departure from the agency.

As the director, Albence was known for his strong crackdowns on sanctuary cities.

“After more than 25 years as a federal law enforcement officer, I am announcing my retirement from federal service,” Albence said in a statement. “This was an exceptionally hard decision to make, a decision prolonged due to the uncertainty of a global pandemic and the essential role ICE continues to play in our nation’s response.”

The Washington Examiner first reported Albence’s retirement, which comes after more than 25 years in law enforcement. Before taking over as acting head, he had served as deputy director and also worked in ICE’s Enforcement and Removal Operations (ERO).

Under Albence, the agency had launched a crackdown on sanctuary cities, accompanied by a campaign to draw awareness to policies that allowed arrested illegal immigrants to be released back into cities rather than deported.

Albence spent just over one year in the role of Acting Director of ICE.

Too bad, Trump needs all the good help he can get.

Try not to blame his retirement from the post as a slam on our President. Congress has made the last four years a living hell for the “ELECTED” President of our nation. While they put up barriers they with a straight face blame those who voted for our leader to such an extent I would have slapped at least a couple had they said the same to me to my face. The cowards run and hide behind laws they passed in the interest of their well being.

I believe eventually they will get “slapped.”

Not in this life….
(Unfortunately)

The House is on a destroy Trump mission from day one and they don’t care who gets in their way they will destroy them too, and the Republican Majority Senate has sat with their thumbs up their a*s doing squat as usual, all in an effort to take down an outsider (Trump) who could possibly expose the entire Government of dirty tricks,.filth, and corruption. And they were right! THE ONLY WAY TO GET RID OF THESE CAREER COCKROACHES WHO HAVE BLED AMERICANS DRY FOR MORE THAN 30 YEARS IS TERM LIMITS!

You’ve sure got that right! And they ARE cockroaches!!!!!

Either that, or “they” will take President Trump and Vice President Pence out like they did JFK. Which will guess who as POTUS? Speaker of the house: Nancy Pelosi 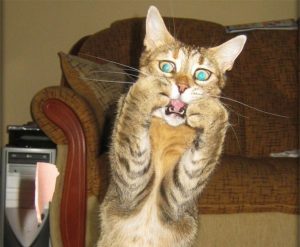 Another of trumps persons who can not stomach it any more, so they leave.

Rob-terd you are the one nobody can stomach!

Clueless!!! lol lol
But then, that’s why you’re a leftist. lol

As IF we listen to IDIOT TROLLS like you, I think I hear your mommy calling you in for hot coco and marshmallows!

Customs Enforcement Director Matt Albence will be missed. I wish him the best in his retirement.

I hope the next Customs Enforcement Director does as good a job as Matt Albence.

In other words, I’m going to collect my SES pension and take that consulting job waiting for me in the private sector that is going to pay me another $150,000.00 per year.

He is just claiming his federal civil service which he earned. Don’t be jealous because you chose to work some other position

Here’s the job for Flinn!

If Biden wins we ALL lose for Satan will strip us of all rights, weapons, and even access to our own money. We will be worse than former slaves….no kidding….worse!

I totally agree. Probably no words can describe how awful it will be for all of us. People, please wake up!!