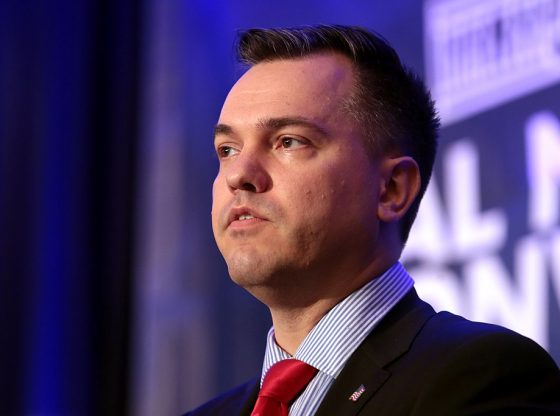 Austin Petersen, who campaigned for the 2016 Libertarian Party’s Presidential nomination, has announced via Twitter that he is strongly considering voting for President Trump.

Petersen said he is being pulled toward supporting Trump by the “hatred” and “derision” which he seemed to imply is being perpetuated by the mainstream media and the far-left.

Despite being a one time “opponent” of the President, Petersen is now publicly considering endorsing him.

President Trump openly campaigned for Petersen’s opponent Josh Hawley in 2018, and in response Petersen sent a scathing message to Trump in 2016:

“It’s best to say out of it until the primary is over,” said Petersen. “He has much better things to do than come into Missouri and to interfere with the Republican primary process.

2 weeks ago I was not even considering voting for @realDonaldTrump. In 2016 I tried to run against him. Now I am thinking about it. And the outpouring of hatred and condemnation, and derision is pulling me more in that direction. The left and all their movements must be stopped.

Petersen did not endorse Trump in 2016.

CNN’s Covid Counter Not So…

The Best Memes and Online…

Individuals on the left are not independent thinkers. They dare not have an independent thought. They are tied to “group think” beliefs issued by their handlers and dare not stray from that lest they be severely chastised in more ways than they never imagined. Why else could they look at cities burning and call it “peaceful protest”? Reminds me of the fable about the Naked Emperor who strutted around town naked and believed, because he had been told, how splendid he looked.

You sir truly are a fool! You should be supporting President Trump, UNLESS you want the democrat socialist scumbags to destroy America! I’d suggest you move to Portland, or NYC and live in fear every day!!!!!! That’s where you belong, or you could try living in Cuba, you’d fit right in!!!!!!!!!

Agree with you 1,000%
Only fools are still sleeping then when awake fill themselves up with the MSM POISON.
I laugh at them.

I sure as heck don’t believe anything coming out of the COMMUNISTS ON THE LEFT!!!
Especially Joe Biden and that radical he’s running with. He’s soiling his underwear cause he can’t help himself and she’s got her panties up in a wad cause she’s embarrased for him. But, she can taste the power.
Ha, all this rant and THEY’RE NOT GONNA WIN! have a nice day.

One thing about President Trump HE DOESN’T LIE. Now Biden & the Dem Party Haven’t seen any truth coming from them. First he’s defunding police & fracking, refused to condemn riots now he’s denying it gas lighting the people that pay his salary. You do know Biden filibustered the civil rights act & how all the Dems attended Robert Byrds funeral praising him to high heaven Byrd the one time KKK leader would you like the proof easy to find. https://www.facebook.com/turningpointusa/videos/1502692413112803/
Gotta Watch this girl
https://youtu.be/UWHwuq2pUBw Race baiting
The KKK just gave her $20,000 did see her give it back.
https://www.bing.com/search?q=hillary+receives+20%2C000+from+kkk&form=EDGHPC&qs=PF&cvid=577a0cf68b234ee8b34cb9f84f74d00d&pq=hillary+receives+20%2C000+from+kkk

Tell me should hold Pelosi to the law she imposed on the people who pay her salary? & have her electricity shut off? She snuck into a salon to have her hair blown out & yet ( oh without wearing a mask while salons are going under( good for me not for thee routine https://www.theblaze.com/news/viral-video-democrats-violence-riots?utm_source=theblaze-breaking&utm_medium=email&utm_campaign=20200901Trending-ViolenceDems&utm_term=ACTIVE%20LIST%20-%20TheBlaze%20Breaking%20News LOOK AT THESE Hypocrits.

Please tell us 1 lie he told.

David Daleiden who exposed Planned Parenthood’s, Criminal Ghouls & how Kamala Harris tried to bankrupt him
https://www.thomasmoresociety.org/ Protester details George Soros.com who pays him & get double pay for any friends he brings in
https://www.youtube.com/watch?v=op1yqcIdhbE
Yugoslavian Issues Warning To All Americans https://youtu.be/ixBsVodyJP0
Silent no more
https://twitter.com/TrumpStudents/status/1299906942241067008?cn=ZmxleGlibGVfcmVjcw%3D%3D&refsrc=email

I always wondered how people could be so “offended” by what Trump says while saying things exponentially worse about him, and in greater numbers.

Everyone including Austin Petersen is entitled to their personal opinion. I’m glad he’s considering supporting the President. His support will be welcomed I’m sure. Ex opponents usually make for good supporters.

Nobody and I mean NOBODY with a half of brain would want to see the ol’ groper and a woman more suited to be a 2-bit hooker than a VP leading this country. It would be like Satan and obama leading a church service. Absolute insanity !!!

David Daleiden who exposed Planned Parenthood’s, Criminal Ghouls & how Kamala Harris tried to bankrupt him
https://www.thomasmoresociety.org/ We didn’t forget this.

Not really a surprise. Petersen has always been pseudo Libertarian at best. No true lover of individual liberty would even consider voting for Trump.