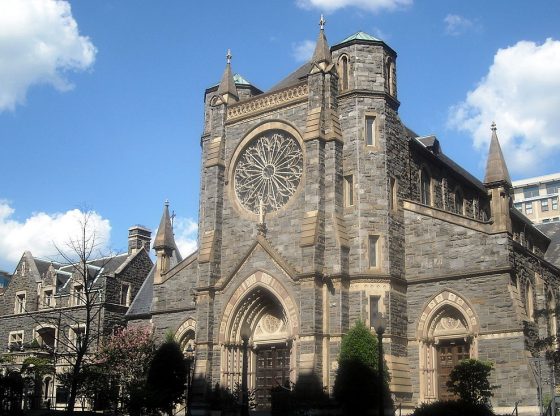 Congratulations are in order for Jonathan Morris, an ex-priest and Fox News contributor since 2005 who married Kaitlyn Folmer at St. Patrick’s this month.

According to Page Six:

Morris — who quit the priesthood in 2019, saying he struggled with the — “commitments … especially not being able to marry and raise a family” — married ABC News investigative producer Kaitlyn Folmer in front of guests, who included Megyn Kelly, Bill Hemmer, Pete Hegseth and Dana Perino. The couple met after he’d already left the priesthood.

Morris, who played a priest in Martin Scorsese’s “The Irishman,” is a founding partner at executive coaching firm Morris and Larson Advisors.

In 2019, Morris asked Pope Francis to release him from the commitments of Catholic priesthood demands and his priestly vows in hopes to eventually marry and start a family. It seems that Morris has gotten his wish!