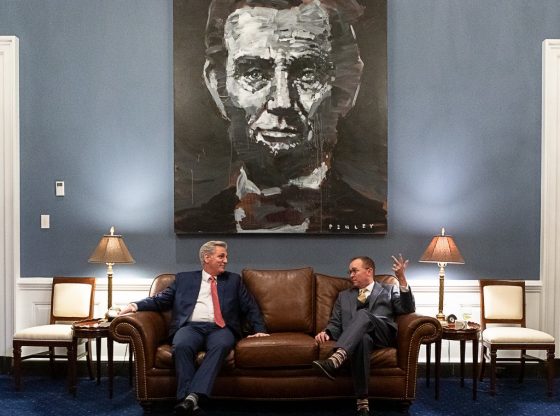 A new report is indicating that House GOP leaders have told their caucus not to lobby against the impeachment of Trump.

This move essentially allows any GOP member to vote for impeachment unimpeded.

Reuters: U.S. HOUSE REPUBLICAN LEADERS HAVE DECIDED NOT TO LOBBY THEIR MEMBERS AGAINST VOTING TO IMPEACH TRUMP -NEW YORK TIMES

A GOP source has also stated that GOP leadership[ told its members not to attack members of the GOP who vote for impeachment.

According to a GOP source on conference phone call yesterday, Kevin McCarthy warned members not to verbally attack colleagues who vote for impeachment because it could endanger their lives.

President Trump has condemned the violence at the Capitol and said that impeachment against him would be harmful to the United States. [READ NEXT: Trump Breaks Silence on Impeachment]