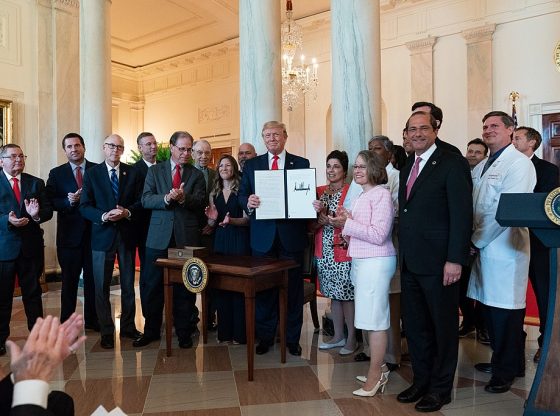 I recently was copied on an e-mail that included comments regarding a Washington Post article about evangelical supporters of President Donald J. Trump. Their faith seems to have been shaken by his pending departure from the White House on Wednesday. Apparently, they expected a different result to have descended from Heaven.

“It was typically mysterious of God to pick the worst person in America to become president and save Christianity,” a free-market luminary wrote in that message. “One might say it passeth understanding.”

I replied to my friend, a fellow friend of limited government, as follows:

As you call him, “the worst person in America” also delivered on the Right’s agenda like no one since Ronald Reagan. I know there are differences between what many of us libertarians want, as compared to many conservatives — fiscal, social, and otherwise. Regardless, as I argued at FoxNews.com, our side has celebrated far more policy victories under President Donald J. Trump than we have since Ronald Wilson Reagan rode into the sunset.

As you — one of America’s most deservedly beloved libertarians — understand, life is defined by inescapable trade-offs. Sadly, puppies and ice cream almost always come with clean-up duty and love handles. And the trade-off here is a president who does the Right thing 90 percent of the time…but he suffers from Tourette’s Syndrome. That is the Trump Trade-off. And it’s a trade-off I am thrilled to make. Remember: Had Trump lost in 2016, Hillary Clinton would be in the White House RIGHT NOW, for either one more day or four more years.

We soon will experience the alternative: A heaping helping of Big Government socialism, with generous ladles full of 1984 sauce, and censorship flambé for dessert. I guess the trade-off will be “a nicer tone,” although I have seen no evidence of that. Joe Biden recently compared senators Ted Cruz and Josh Hawley to Joseph Goebbels, Hitler’s best friend, and propaganda chief. If that’s lowering the temperature and bringing us together, somehow I have missed this.

I am sure the Trump haters will be really happy in about 90 days, when they will find themselves badly missing Orange Man.

I’m sure it’s all part of God’s plan.