Who Will Preside over Trump’s Impeachment?

Who Will Preside over Trump’s Impeachment? 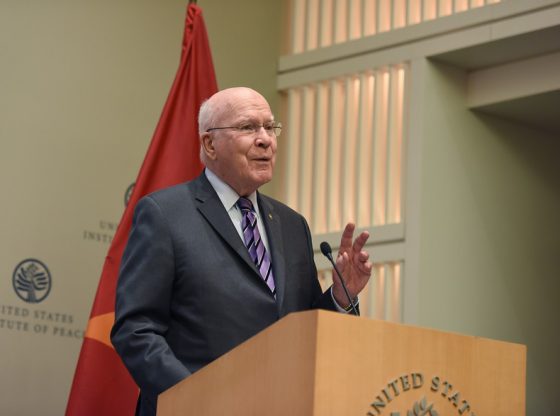 Former President Trump’s impeachment trial is set to begin Feb. 8th but it will not be Chief Justice John Roberts who presides over the trial. According to a Senate source, President Pro Tempore Pat Leahy will instead be the one to preside over the impending trial. Leahy is the most senior member of the Senate Democratic conference and previous chairman of the Senate Judiciary Committee.

A spokesman for Leahy said the decision on presiding over the trial is up to Senate Majority Leader Charles Schumer (D-N.Y.) and Minority Leader Mitch McConnell (R-Ky.).

“Leaders have been negotiating all process issues about the trial, and all along we have deferred to them for any announcements about this and all other process matters,” the aide said.

Republican critics say this creates a conflict of interest because Leahy voted in February to convict Trump on two articles of impeachment.

Some have also argued the Senate should not be impeaching a former president, and that only Roberts should be presiding.

Many have had differing views as to who should preside over the impeachment proceedings. Experts have argued that the presiding officer will either be Roberts, Kamala Harris who is now Vice President, or Leahy. The Constitution states that the impeachment of a current president will be presided by the chief justice, however now that Trump is out of the office that is open to interpretation.

This is one of the more silly things the Dems have done recently. News Flash. He’s no longer the President and you are beating a dead horse. And a very costly beating it may become as many in the populace will wonder why. Unless, of course, the prospect of Mr. Trump running again in 2024 against an incumbent who doesn’t even know what day it is scares you. Frankly, I think Trump would be nuts to do so.

I know that I’m a conservative, but you are looking like fools. Not so sure what charges you might bring, but it’s just a show that won’t have any ramifications other than making you look wastefully silly (which is pretty silly — discussing silly for a moment). Do any of you in Congress stop to think before you act?