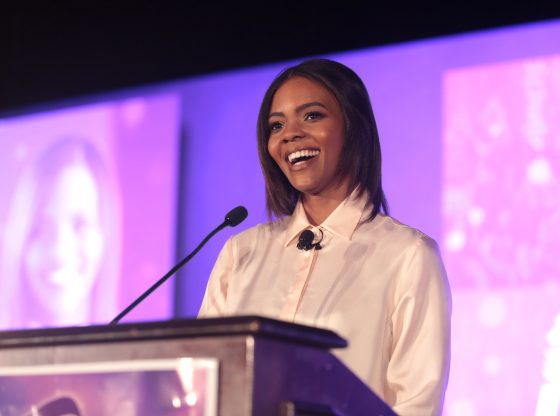 Fox News commentator and conservative powerhouse Candace Owens has some pretty big political aspirations. Over the weekend, Owens teased that she’s thinking of making a run for president in the future. The proud conservative tweeted, “I love America. Thinking about running for president.”

I love America. Thinking about running for President. 🇺🇸

Speaking with The Daily Wire in January, Owens gave her insight into the future of the Republican Party, stating that the party has changed permanently. “I think some people in the Republican Party are operating under a delusion that if Trump is gone, they can manufacture the party back into the McCain-establishment type party that it once was, but they are sorely mistaken,” she said.

“In my entire life, I have never seen or felt an energy in this country quite like I am seeing today,” Owens continued. “Think about it: the media had lost so much control of the narrative, that censorship seems for them to be the only option… People aren’t listening to the pundits, the polls, or the celebrities anymore.”

Asked what that means for 2021, Owens responded: “Politically, get ready.”

“I believe we are on the brink of a purge on the conservative side of things. Many leaders who were once hailed as potential 2024 presidential candidates are now being viewed as traitors,” she told The Daily Wire. “Some of that criticism is fair — not all of it. Similarly, on the Democrat side, the moderates who have been pretending to support these far-left radical stances for the sake of votes are going to have to contend with the progressive wing within their own party.”

In a series of Tweets, Owens blasted the left calling them “dictators.” The conservative urged Republicans to speak up saying “this is an important time in our country.

If you’re smarter than a 5th grader, you realize that the radical Left is trying to brainwash the world into believing January 6th was similar to 9/11 or Pearl Harbor.

Just a sloppy attempt to justify censoring, surveilling & treating half our country like terrorists.

For any conservatives who do not have the courage to admit this and are capitulating to the sweeping acts that are being committed against citizens—including President Trump—you will come to regret such spinelessness.

This is an important time in our country.