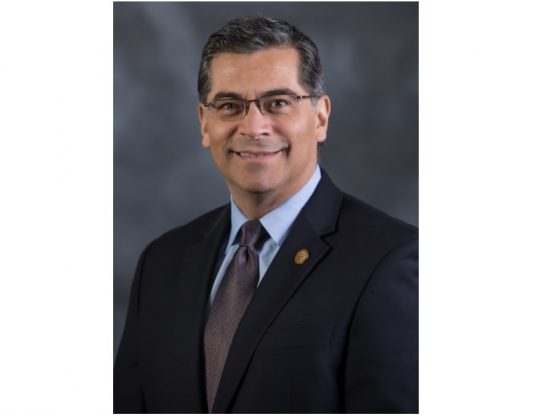 The U.S. Senate will vote this week on the nomination of Attorney General Xavier Becerra (D – California) for Secretary of Health and Human Services.

Jordan Tygh is not amused.

Yesterday at National Review Online, the 29-year-old Coast Guard veteran wrote a disturbing personal story about being victimized by Becerra’s abuse of power and partisan prosecutorial misconduct. Tygh’s troubles were tied to the California Republican Party’s use of Democrat-approved ballot harvesting in 2020, as a defensive response to Democrats’ devastating deployment of that highly problematic campaign tactic in 2018.

Tygh says that Becerra and former Secretary of State Alex Padilla (D – California) — Vice President Kamala Harris’ replacement in the U.S. Senate — abused their offices to accuse him and the CAGOP of vote fraud, when their use of ballot drop boxes was perfectly legal. Indeed, CAGOP’s ballot-collection boxes in grassroots Republican offices complied with the very law that Golden State Democrats passed in the first place, and which they harnessed to lasso seven U.S. House seats previously held by Republicans.

Thanks to Becerra’s and Padilla’s anti-GOP witch hunt, Tygh was burned at the stake for alleged vote fraud, never mind that Becerra dropped his official government lawsuit against Republicans just two weeks after last November’s election. A fortnight after Becerra’s litigation had its intended partisan effect, he torched it. This act of exoneration notwithstanding, Tygh’s reputation unfairly was in flames. Thus, Tygh left southern California and now lives in South Carolina. Due to these fake allegations, which arise as soon as one Googles Tygh’s name, he has been unable to find work since last fall.

The telegenic, well-spoken Tygh (his name rhymes with sigh) is eager to share his harrowing experience with concerned citizens. With this week’s vote on Becerra’s nomination to control Uncle Sam’s largest civilian budget, this is the perfect time for Americans to learn Tygh’s tale and share it with their neighbors, friends, and loved ones.

Those in the media should give Tygh as large an audience as possible. He also can discuss ballot harvesting’s serious risks and the enormous dangers posed by H.R. 1, the Democrat plan to pump last November’s calamitous voting practices into the U.S. code. This dreadful bill would turn mass-mail-in ballots, ballot harvesting, same-day registration, a ban on voter ID, and other horrors into permanent, gaping wounds on the American body politic.

Americans should listen to Jordan Tygh’s cautionary tale about the corrupt man who is on the verge of controlling federal health policy and a pile of taxpayer money that is the K2 to the Pentagon budget’s Mount Everest.

Once educated on Xavier Becerra’s shocking behavior — in addition to his deep, far-Left, radicalism and non-existent experience in healthcare — Americans should call their senators at 202-224-3121 and urge them to flatline Becerra’s nomination.