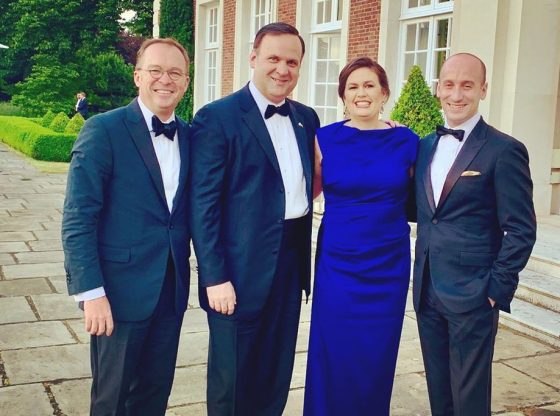 Miller formed America First Legal, which aims to serve as a conservative counterweight to the American Civil Liberties Union (ACLU). The nonprofit organization intends to launch court challenges with state GOP attorneys general to fight back on executive actions they deem unlawful or an overreach.

“While radical progressives have wielded these tactics to undermine the law and America First values for years, we must deploy these tactics in defense of our nation’s legal, cultural, and constitutional heritage,” Miller said in a statement.

He added: “Those looking to hold the new administration in Washington to account finally have their answer. Our self-imposed policy of legal disarmament is now over.”

Another former Trump administration member, former Chief of Staff Mark Meadows, has joined America First Legal as a board member.

Trump released this statement through his Save America PAC:

“Stephen Miller is a fearless, principled fighter for the America First movement. He has backbone, integrity, and never gives up. As we know, the Radical Left has been relentless in waging their battles in court. Conservatives and America First supporters badly need to catch up and turn the tables, which is why I applaud Stephen and Mark Meadows for rushing to fill this critical void. The era of unilateral legal surrender must end—and I hope all America First patriots will get behind America First Legal.”