Pro-Trump Congresswoman Marjorie Taylor Greene brought in an eye-popping $3.2 million in the first three months of the year. Greene’s campaign said in a press release the money was raised from more than 100,000 individual contributions in all 50 states and that the average donation was $32.

Rep. Greene thanked contributors on Twitter for their support.

“I am humbled, overjoyed, and so excited to announce what happened over the past few months as I have been the most attacked freshman member of Congress in history,” Greene said in a Twitter thread.

I am humbled, overjoyed, and so excited to announce what happened over the past few months as I have been the most attacked freshman member of Congress in history.

“Over 100,000 donors poured in over $3,200,000 to support me, averaging $32 per donation. You know why? I stood my ground and never wavered in my belief in America First policies and putting People Over Politicians! And I will NEVER backdown! As a matter of fact, I’m just getting started,” Greene said in a statement.

Greene focused many of her fundraising solicitations during her nascent term on the controversies, casting herself as a fighter against the Washington establishment in the mold of former President Trump.

“For too long, the political ruling class that looks down on the rest of us, have been selling out America to the world, by whipping the backs of the hardworking American worker and taxpayer. But they fear one thing. The political ruling class fears the people because it’s the people that can take away what they love most. Power. Because it’s power that brings them everything else,” Greene said in her statement touting her haul.

The massive haul is especially impressive for a freshman congresswoman in a non-election year. To put it in perspective, progressive Democrat Alexandria Ocasio-Cortez only brought in $728,000 in the same amount of time after being elected to Congres in 2019.

Tee Hee She out did AOC who had $2.1 million (at least that was what the article said).

The MSM and their followers! 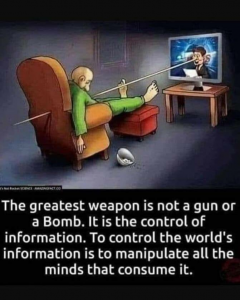 Ones with guts and sense of right for country and willing to fight for it.. Congratulations!

SHUT UP! GOD knows what he is doing. The DEMs pulled a joke like this and lost the House and Senate in 2010.

Thank you, Marjorie Greene, for you great support to us who do care about our country!

May the Good Lord bless Marjorie Greene…..We desperately need more like her.

AOC and the ‘Squad’ are RACIST….but the liberal, BIASED, DISHONEST media won’t call them out on it.

PS: Did you see that there was another ‘Hate Crime HOAX’ at Albion College where a black man wrote “Kill all Ni**ers” and other hate filled messages….this joins “Jussie Smollett, UVa, Duke Lacrosse, Tawana Brawley etc….Perpetrating a ‘Hate Crime Hoax’ should be punished just as strongly as perpetrating a Hate Crime since both are divisive to America.
Why is Jussie Smollett still walking free?????

Because a LIBERAL JUDGE SET him free!!!

Greene and Boebert, both freshmen, are great. They say and do what the constituents want, fearless, effective, and principled.
I contribute to both and am proud of them.

A millionaire fighting for US. You go Girl!

Sorry but I don’t think giving money to ANY politician is a good thing. I think it is one of the causes of corruption.

Yes,it is so easy to get our eyes on the money and lose sight of the work.

So all politicians should earn their own money that is necessary in order to become elected? That would require making deals with wealthy donors to vote for the donors’ wishes if they get elected. We’ve had corruption-based support for many decades, and it isn’t the answer.

Mr. Casey – You are absolutely correct. But there is one exception. That is the type of politician, such as those touted by the Founders, who are businessmen first, and serve their time as a politician, in a citizen’s obligation to serve his country by lending his expertise to government operations, from the inside. To this end, many have touted the idea that hard-over term limits should be in force; and from my point of view, this should include Federal Judges – especally the SCOTUS. Plus!!! The number of SCOTUS justices should be fixed by Constitutional Amendment. No more court packing nonsense!

globalist puppet politicians like; biden and pelosi and schumer and nadler, and waters and sanders and pocohantus and newsom and abrahms and aoc and towelhead and the rinos etc etc etc will continue to steal our tax dollars .

This lady gives me hope.

What is she going to do with the money since she’s un-electable?

Marjorie, keep up the good fight for the heart and soul of this great nation.

Mr. Tonge, you’re getting all twisted up! Is that your thinking, or your tongue?

his tongue is licking his libby husband a$$ . All the males that live on his block call him mr tongue .

Why is she un-electable

Well! It does seem that Trumpism is here to stay. And! It’s here to stay in people NOT named Trump! Of course, it’s just a little early right now, but it just may be that the Biden, Pelosi, Schumer clique has a MAJOR worry in the D.C. political world. If the American people, as a whole, is able to get the correct, true information (from whatever source), the modern Democrat Party may become a thing of the past. [This has happened before, in American history.] This would be sort of like the old Communist Party of the Soviet Union, being cast into the dustbin of history. For the benefit of the country, it can’t happen too soon.

One of a few who isn’t afraid to speak the TRUTH! We need to run out the RINOs and get real Republicans in office.

Good for her. Theres still Republicans who love this country and haven’t been bought off by the globalist One World Order to influence them to betray America and our people.

you go girl; keep up the good fight.

Go Trump and Marjorie. We desperately need you both.

You are the best .Keep up your good work. We need more like you. I wish you the best.

Go get’em Marjorie! If you don’t hear a scream, you didn’t hit anything with a shot in the dark!

I can only “say” that those nickels & dimes add up & God Bless the people who “know” what’s right & wrong!YOU don’t need to give $$ “bucks” if you can’t afford it. REMEMBER, that’s it’s “the little guy” whose VOICE is HEARD with these “small” donations. They ALL add up! MORE “little guys” than BIG corporations & pacs VOTE, BUT that’s ONLY assuming that the “elections” aren’t RIGGED! “WE” all want our voices to be heard, BUT ONLY “if” it’s “legit” ! The “ballot” harvesting has got to go, the “rigged” machines have got to go & WHOEVER is counting “all of this” needs an overhaul! “WHY” are the Republicans DENIED access to the tabulating? SOMETHING’S ROTTEN IN DENMARK!