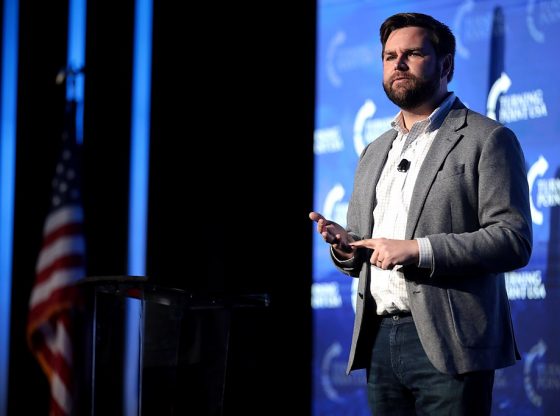 GOP leaders are salivating over retaking Congress in 2022. Populists need to be even more fired up about the primaries. Getting involved now is the only way to ensure an America-first victory. Some quality candidates are already in the fight.

There’s a reason Democrats in Congress and even President Joe Biden immediately glommed onto hyper-partisan issues from the get-go. They saw the red wave in down-ballot races in 2020, and they know another tide is coming in 2022.

Their only strategy is to raise the stakes as high as possible to rally their leftist base and bet on a less inspired right wing. Does that sound like a losing bet?

It’s no guarantee, but the Republican Party does seem poised to win back a majority in the House and probably at least a slim one in the Senate as well. However, this trajectory shouldn’t be taken as a path to a sound victory for the authentic right.

Merely replacing blue representatives with red ones, without any substantive change in direction, would be no win for the people. That’s a likely scenario if principled America-first candidates don’t make it to the primary ballot or aren’t ready for battle if they do.

At the grassroots level, what needs to happen now and leading up to the deadline filing dates, some of which are as early as this winter, is 1) identifying America-first candidates, 2) distinguishing them from the opportunistic fakers and grifters, and 3) most importantly of all, becoming active and influential within the local GOP apparatus.

Cory Mills, the combat vet and states’ rights champion running to take Democrat Congresswoman Stephanie Murphy’s seat in Florida, is gaining attention as one of those America-first candidates.

“I see a shift in our nation,” Mills told the Florida Politics blog this week. I see where we’re starting to have some of what I vision as an ‘America last’ agenda. And we really need, our government needs to start thinking about putting our American communities to heart first.”

If there isn’t a candidate in your immediate area running for local, state, or federal office talking about restoring localism, then you don’t have a local GOP setting an America-first agenda.

There are, of course, many others out there, but there are also many more still needed to step up.

Obviously, these candidates don’t all speak uniformly. They each speak to the issues that their constituencies prioritize, but the common streak is national, state, and local sovereignty, the federalism that defined America for so long but no longer does.

While it is important to appreciate differences between candidates, it’s vital that grassroots activists be able to keenly point out the MAGA, Inc. types. Just as large swathes of the Tea Party were subsumed by the Republican establishment a decade ago, the same fate poses the biggest threat to the movement that President Donald Trump fostered.

The same establishment conservatives who opposed Trump in 2016 and only feebly defended him during his four years in office are now trying to reap the benefits of his success without pushing forward his authentically populist agenda.

They are counting on you not getting involved until long after the primary process, which selects which Republican candidate will be on the November 2022 ballot. Don’t be just another mass Republican voter who’s disengaged from the most important parts of organizing campaigns.

And don’t be awestruck by any Republican candidate just because they spout the words “make America great again” or “America first.” Get to know them and their platforms.

Be on the lookout as well for attention-seekers who like to run in stronghold Democrat districts. It can be important to run symbolic campaigns against the likes of Maxine Waters or Nancy Pelosi, but there are just some areas that a Republican will never win, certainly not in 2022. And no, it doesn’t matter if the Republican is an ethnic minority or woman; the identity politics game doesn’t work that way.

It doesn’t take a PoliSci genius to learn these basic ins and outs of campaign strategy. With a little volunteer time once a month or so, even a novice can help move the GOP and the country in the right direction.

Now is a great time to attend a local meeting or club event. Bring your pet issue to the fore, be it an immigration moratorium, gun rights expansion, social media regulation, or foreign policy reform. Get a sense of what drives activism in your area or how to connect with people and address community concerns.

If enough principled conservatives, libertarians, and independents commit themselves to influence their local Republican Party, then an authentic America-first victory will be inevitable come the primary election season and then the general one. Let’s go!